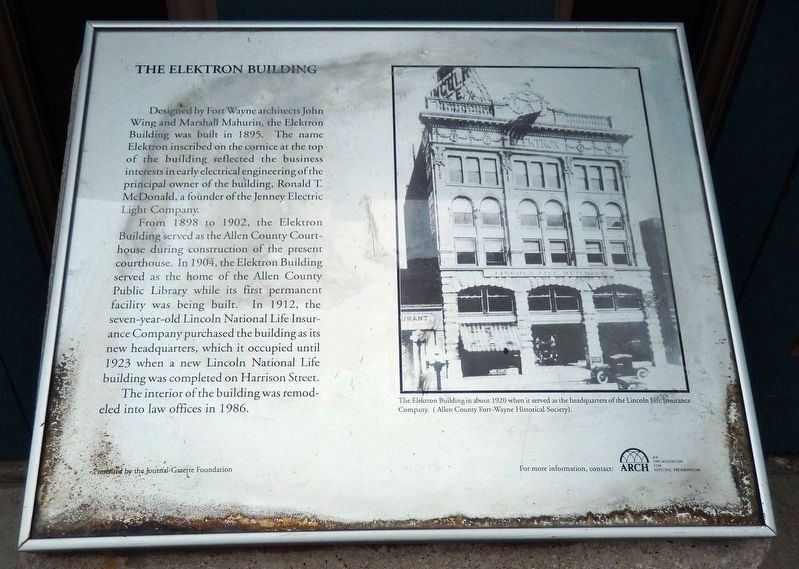 Designed by Fort Wayne architects John Wing and Marshall Mahurin, the Elektron Building was built in 1895. The name Elektron inscribed on the cornice at the top of the building reflected the business interests in early electrical engineering of the principal owner of the building, Ronald T. McDonald, a founder of the Jenney Electric Light Company.

From 1898 to 1902, the Elektron Building served as the Allen County Courthouse during construction of the present courthouse. In 1904, the Elektron Building served as the home of the Allen County Public Library while its first permanent facility was being built. In 1912, the seven-year-old Lincoln National Life Insurance Company purchased the building as its new headquarters, which it occupied until 1923 when a new Lincoln National Life building was completed on Harrison Street.

The interior of the building was remodeled into law offices in 1986.

Erected by Journal-Gazette Foundation, and Organization for Historic Preservation (ARCH). 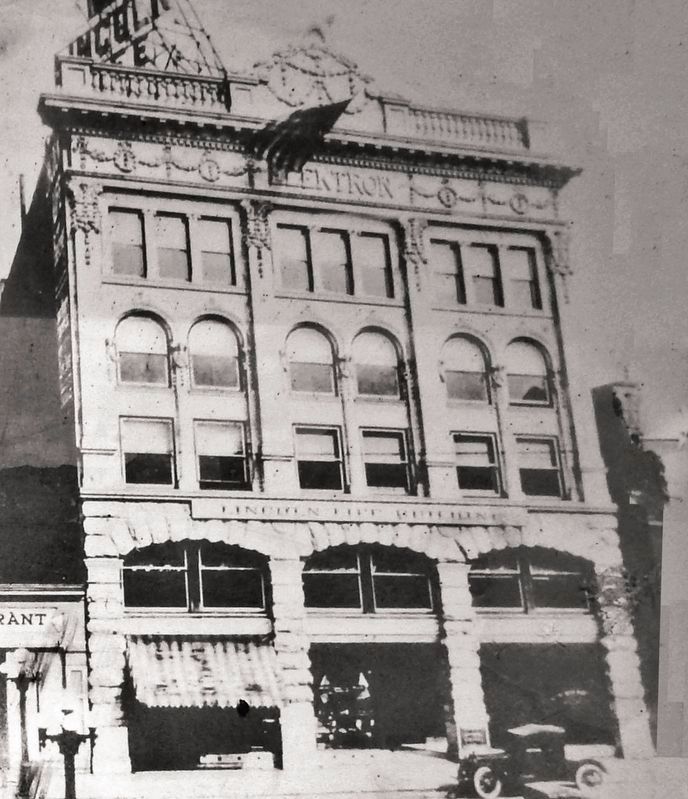 Courtesy Allen County Fort-Wayne Historical Society
2. Marker detail: The Elektron Building, circa 1920
The Elektron Building in about 1920, when it served as the headquarters of the Lincoln Life Insurance Company.
41° 4.784′ N, 85° 8.248′ W. Marker is in Fort Wayne, Indiana, in Allen County. Marker is on East Berry Street west of Barr Street, on the right when traveling west. Marker is mounted atop a pedestal at the subject building entrance. Touch for map. Marker is at or near this postal address: 215 East Berry Street, Fort Wayne IN 46802, United States of America. Touch for directions.

Also see . . .
1. The Elektron Building. Many John F. Wing and Marshall S. Mahurin buildings stand today as landmark structures throughout Indiana and Ohio. Specializing in the popular Richardsonian Romanesque, Queen Anne and neoclassical styles of architecture, they designed many public and private buildings in Indiana and Ohio. (Submitted on December 19, 2020, by Cosmos Mariner of Cape Canaveral, Florida.)

2. Elektron Building. Robert S. Walters, a partner in the firm of Barrett and McNagny’s, bought the Elektron 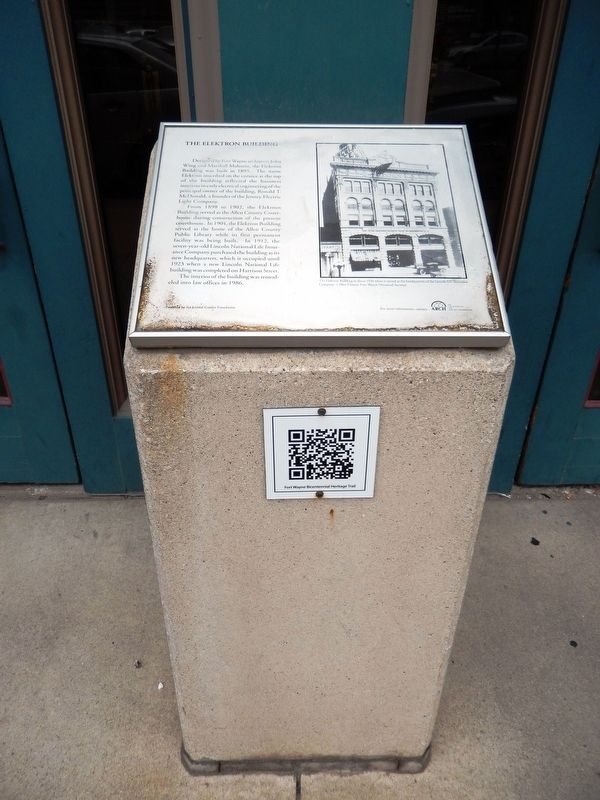 By Cosmos Mariner, August 27, 2016
3. The Elektron Building Marker
building (also known as the Standard Building) in 1982. The Romanesque Revival building, designed by Wing and Mahurin, originally had fireplaces, high ceilings, skylights, and wood moldings and trim when it was built in 1893. (Submitted on December 19, 2020, by Cosmos Mariner of Cape Canaveral, Florida.) 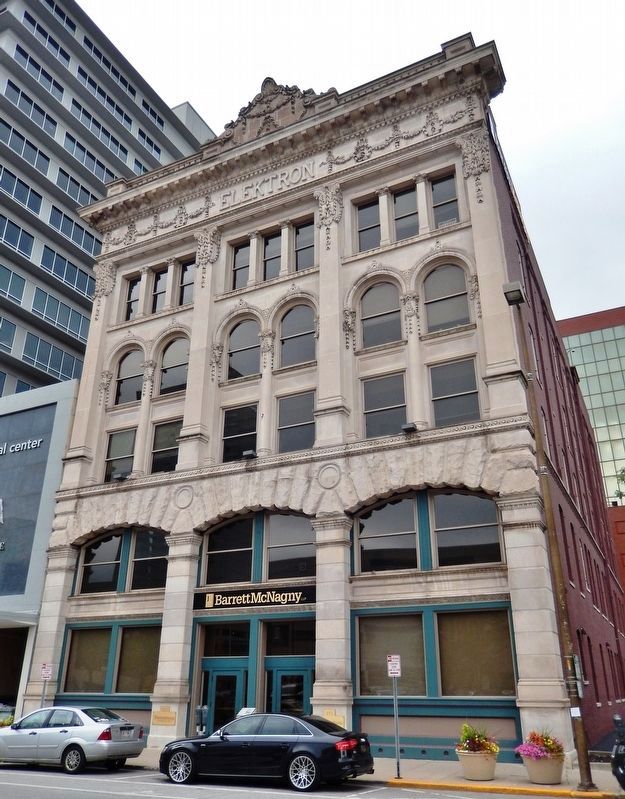