In honor of the World War Veterans of this community 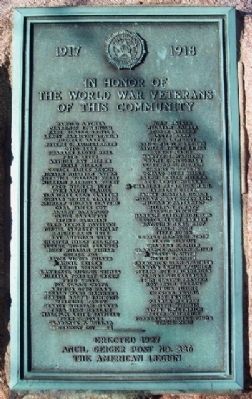 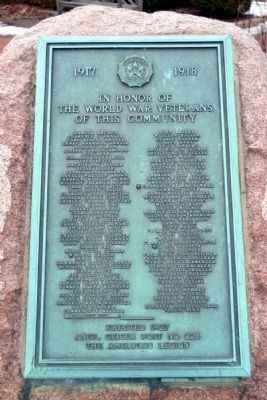 Location. 41° 24.595′ N, 85° 50.771′ W. Marker is in Milford, Indiana, in Kosciusko County. Marker is at the intersection of Main Street and Catherine Street, on the left when traveling north on Main Street. Memorial is in front of the public library. Touch for map. Marker is at or near this postal address: 101 N Main Street, Milford IN 46542, United States of America. Touch for directions.

Other nearby markers. At least 8 other markers are within 6 miles of this marker, measured as the crow flies. Milford World Wars Honor Roll (about 300 feet away, measured in a direct line); 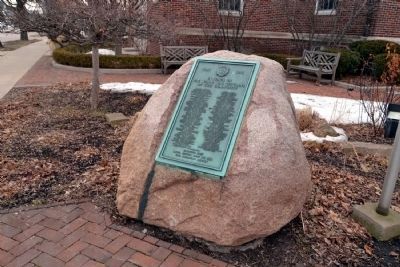 Regarding In honor of the World War Veterans of this community. The stars next to the names of Ancil Geiger, Charles Frederick Neal, and Jesse H. Smith memorialize they died in the service of their country.

Additional commentary.
1. Milford Library
The memorial is located in front of the Milford Library which is a Carnegie library completed in January 1919.
— Submitted March 20, 2014, by Duane Hall of Abilene, Texas. 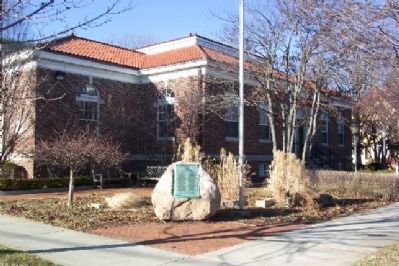 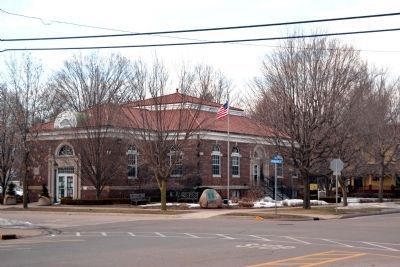