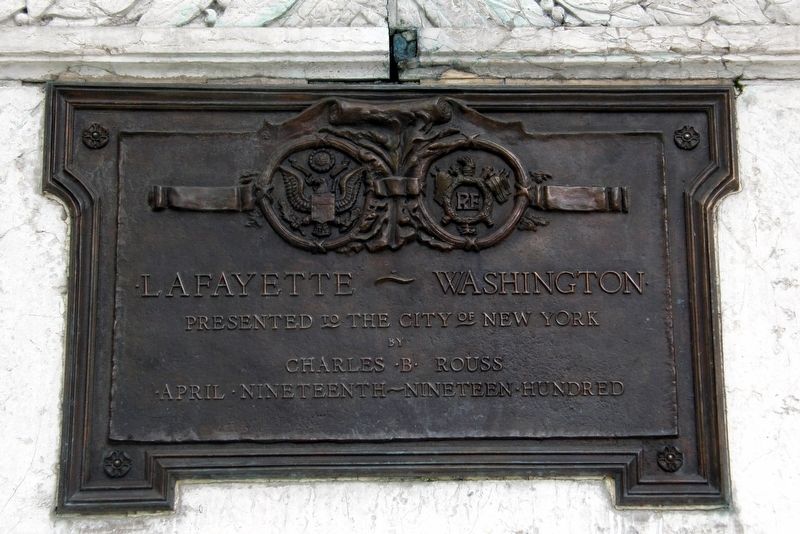 Topics. This memorial is listed in these topic lists: Arts, Letters, Music • War, US Revolutionary. 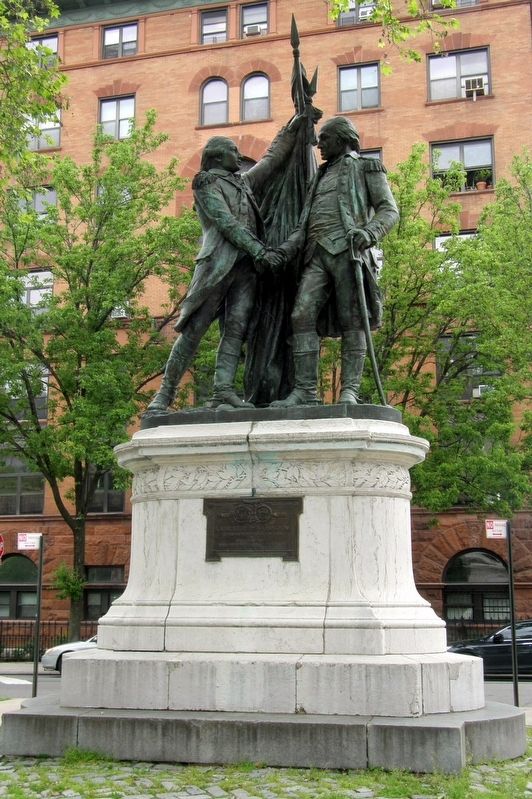 By Larry Gertner, May 19, 2019
2. "Lafayette-Washington"
“Lafayette and Washington statue (1900) by Frédéric Auguste Bartholdi was dedicated in 1890, but not brought to the triangle until 1900. The statue commemorates the alliance between the U.S. and France during the American Revolutionary War and consists of a bronze sculptural group depicting General George Washington and the Marquis de Lafayette, both in uniform and holding hands. The group is atop a white marble pedestal and contains an associated bronze plaque on a gray granite base. It is an exact replica of a statue in the Place des États-Unis, Paris.”