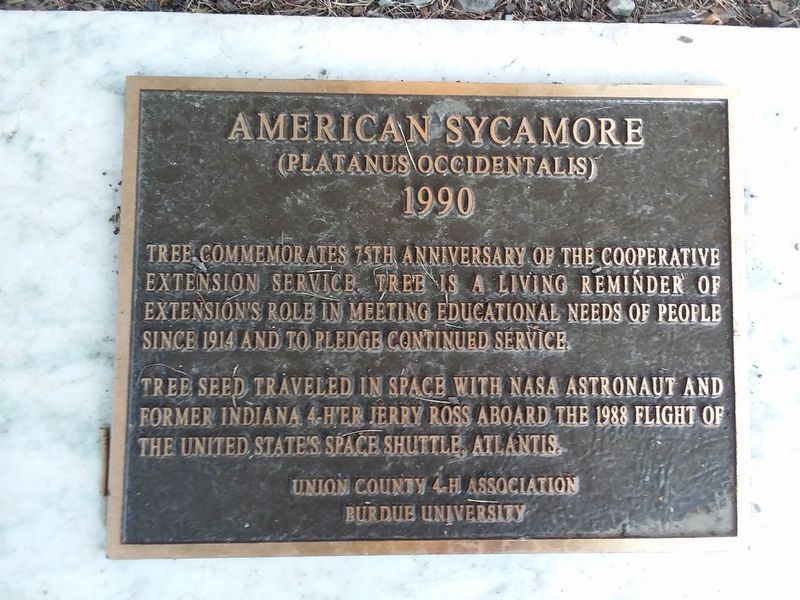 Tree seed traveled in space with NASA astronaut and former Indiana 4-H'er Jerry Ross aboard the 1988 flight of the United State's Space Shuttle, Atlantis. . This historical marker was erected by Union County 4-H Association. It is in Liberty in Union County Indiana

Tree commemorates 75th anniversary of the Cooperative Extension Service. Tree is a living reminder of Extension's role in meeting educational needs of people since 1914 and to pledge continued service.

Other nearby markers. At least 8 other markers are within 8 miles of this marker, measured as the crow flies. Templeton Log Cabin (here, next to this marker); Mill Stones 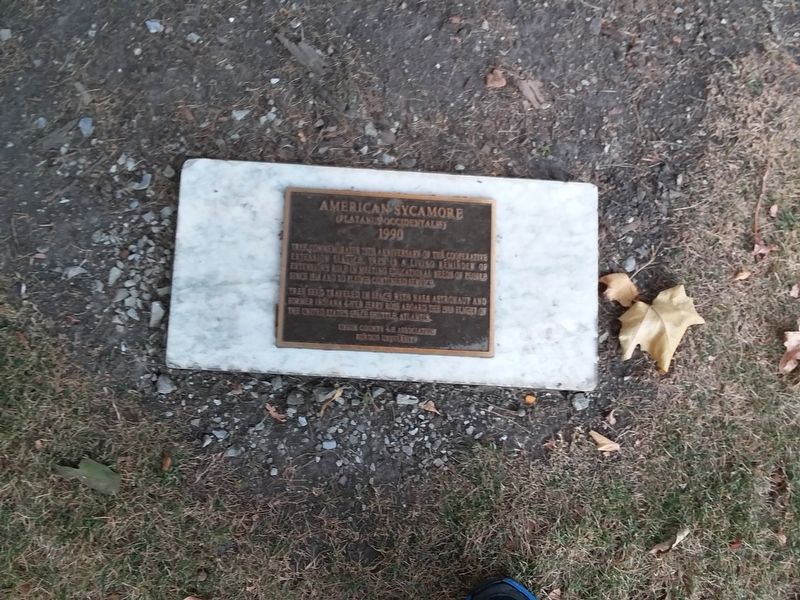 By TeamOHE, September 21, 2019
2. American Sycamore Marker
(a few steps from this marker); Union County Veterans Memorial (within shouting distance of this marker); Maj. Gen. Ambrose E. Burnside (about 300 feet away, measured in a direct line); Whitewater Memorial State Park (approx. 1.7 miles away); Veterans Memorial (approx. 1.7 miles away); The Union School 1893-2004 (approx. 7½ miles away in Ohio); Wanted by the FBI / Captured by G-Men (approx. 7.6 miles away). Touch for a list and map of all markers in Liberty. 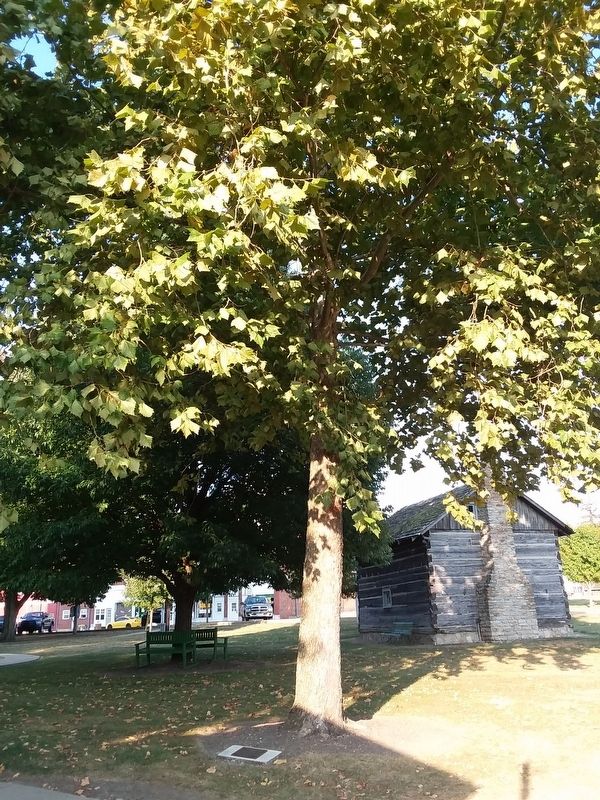