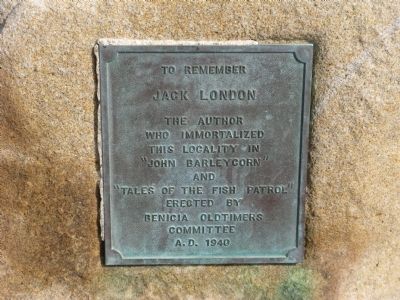 Photographed By Syd Whittle, February 20, 2009
1. Jack London Marker
Inscription.
Jack London. .
To remember Jack London The author who immortalized this locality in ”John Barleycorn” and ”Tales of the Fish Patrol” . . This historical marker was erected in 1940 by Benicia Old Timers Committee A.D. 1940. It is in Benicia in Solano County California 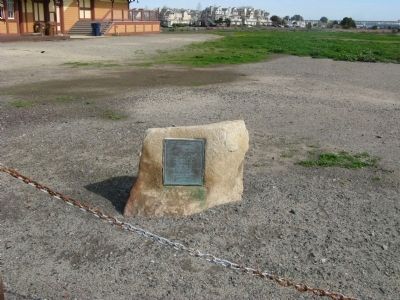 Additional commentary.
1. Jack London (John Griffith) (1876-1916)
Jack London, whose life symbolized the power of will, was the most successful writer in America in the early 20th Century. His vigorous stories of men and animals against the environment, and survival against hardships were drawn mainly from his own experience. An illegitimate child, London passed his childhood in poverty in the Oakland slums. At the age of 17, he ventured to sea on a sealing ship. The turning point of his life was a thirty-day imprisonment that was so degrading it made him decide to turn to education and pursue a career in writing. His years in the Klondike searching for gold left their mark in his best short stories; among them, The Call of the Wild, and White Fang. His best novel, The Sea-Wolf, was based on his experiences at sea. His work embraced the concepts of unconfined individualism and Darwinism in its exploration of the laws of nature. He retired to his ranch near Sonoma, where he died at age 40 of various diseases and drug 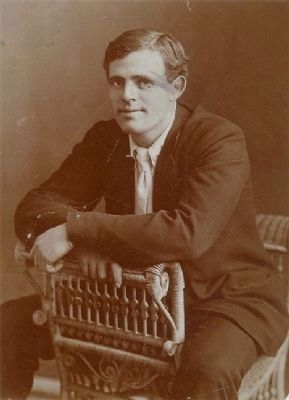