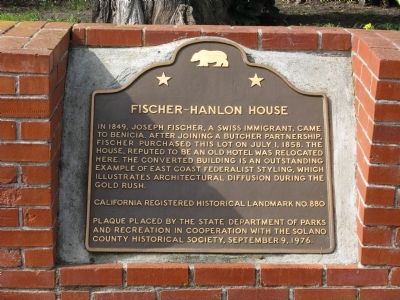 By Syd Whittle, February 20, 2009
1. Fischer-Hanlon House Marker
Inscription.
Fischer-Hanlon House. . , In 1849, Joseph Fischer, a Swiss immigrant, came to Benicia. After joining a butcher partnership, Fischer purchased this lot on July 1, 1858. The house, reputed to be an old hotel was relocated here. The converted building is an outstanding example of East Coast federalist styling, which illustrates architectural diffusion during the Gold Rush. . This historical marker was erected in 1975 by This site was designated as California Registered Historical Landmark No. 880 on March 14, 1975.. It is in Benicia in Solano County California

In 1849, Joseph Fischer, a Swiss immigrant, came to Benicia. After joining a butcher partnership, Fischer purchased this lot on July 1, 1858. The house, reputed to be an old hotel was relocated here. The converted building is an outstanding example of East Coast federalist styling, which illustrates architectural diffusion during the Gold Rush.

Topics and series. This historical marker is listed in these topic lists: Industry & Commerce • Settlements & Settlers. In addition, it is included in the California Historical Landmarks series list. A significant historical month for this entry is July 1861.

Location. 38° 3.012′ N, 122° 9.538′ W. Marker is in Benicia, California, in Solano County. The marker is located on the grounds of the Benicia Capitol State Historic Park. The house is located next door at 137 West G Street. Touch for map. Marker is at or near this postal address: 135 West G Street, Benicia CA 94510, United States of America. Touch for directions. 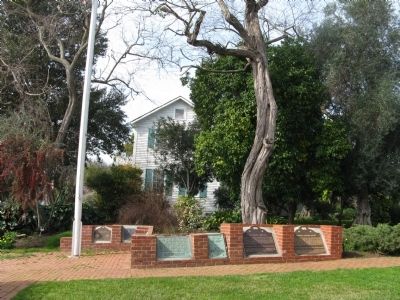 Regarding Fischer-Hanlon House. This site was designated as California Registered Historical Landmark No. 880 on March 14, 1975 and was placed on the National Register of Historic Places on May 24, 1975.

“One of the notable homes in Benicia is the Fischer-Hanlon House next to the State Capitol Building. This former Gold Rush era hotel was 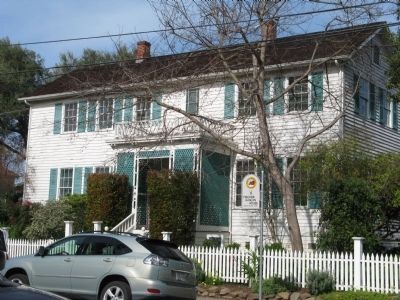 By Syd Whittle, February 20, 2009
3. Fischer-Hanlon House
Looking North
The front of the house had been the back of the hotel prior to moving the building to this site.
built in 1848. It was purchased by Joseph Fischer in 1858 and then moved from First Street to its present location on East G. The front of the hotel was positioned to face the rear of
the lot and the former Spanish style balcony was enclosed and a kitchen area was built underneath the balcony. A New England style balcony was built on the former back of the home. Joseph Fischer was born in Switzerland in 1823. He arrived in the United States in 1844 and worked on a farm on Staten Island, New York. By 1849, he arrived in Sacramento. In 1850, he partnered with Lawrence Graber and bought a twelve by fifty foot lot fronting East Second Street between B and C Streets. They were butchers and built their shop at this location. He later had a new partner and moved his business to a better location on the corner of First and East E Streets. Joseph met his wife through Captain Edward Von Pfister who had his merchandise business in the adobe at the end of First Street in Benicia. His wife, Mary Hall Sheridan, had a visit from her sister Catherine. The Von Pfisters introduced Catherine to Joseph Fischer and she never went back home. They were married late in 1854. Joseph and his wife Catherine had three children: Elizabeth, Martha and Joseph. Elizabeth married John D. Hanlon of San Francisco in 1883 at St. Dominic’s Church
in Benicia but lived in San Francisco for many years. With the 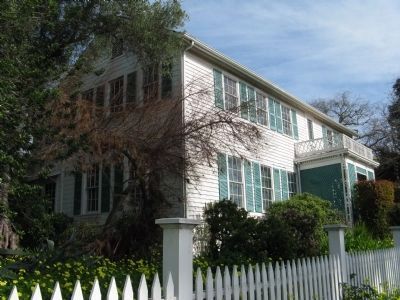 By Syd Whittle, February 20, 2009
4. Fischer-Hanlon House
Looking Northeast
passing of Joseph Fischer in 1884 and then Catherine in 1893 the house was left to the three children. Elizabeth and Joseph deeded the house to Martha. Starting in 1901, Martha began remodeling the house. She started by installing plumbing and two bathrooms were installed in the back porch area east of the kitchen. Electricity was installed next and the kitchen was converted into a sitting room. The pantry and creamery were changed into the kitchen. By 1938, Elizabeth Hanlon’s three daughters acquired title to the house from Martha. In 1968 two of the daughters, Catherine and Raphaelita gave the house and lot to the State of California. By 1976, the house was opened to the public. Several pieces of the beautiful Fischer-Hanlon china are in the Museum’s
collection. It has been on display in the Victorian living room. The Benicia Historical Society has put on loan to the Museum the Fisher-Hanlon silver serving pieces. Included in this beautiful collection is a water server, coffee pot, pitchers, silver utensils, candlesticks and more.”
— Submitted February 21, 2009, by Syd Whittle of Mesa, Arizona. 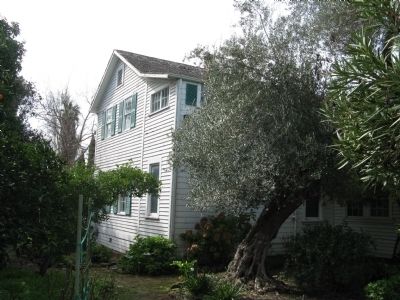 By Syd Whittle, February 20, 2009
5. Fischer-Hanlon House
Back of the House Looking Southwest 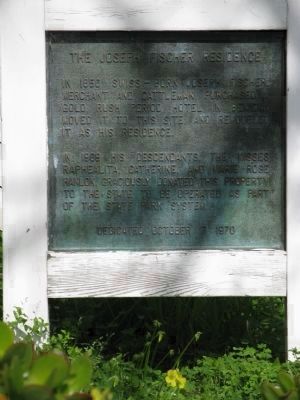 By Syd Whittle, February 20, 2009
6. A Second Fischer-Hanlon House Marker
The Joseph Fischer Residence
In 1856 Swiss-born Joseph Fischer, merchant and cattleman, purchased a gold rush period hotel in Benicia. Moved it to this site, and remodeled it as his residence.

In 1969 his descendants, the Misses Raphealita, Catherine, and Marie Rose Hanlon, graciously donated this property to the state to be operated as part of the State Park System. 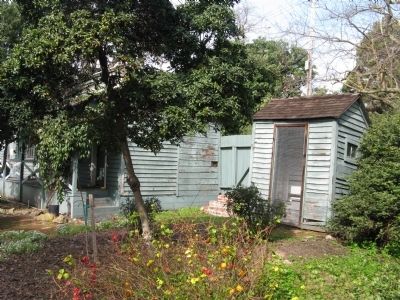 By Syd Whittle, February 20, 2009
7. Out Buildings
Including the family "privie" 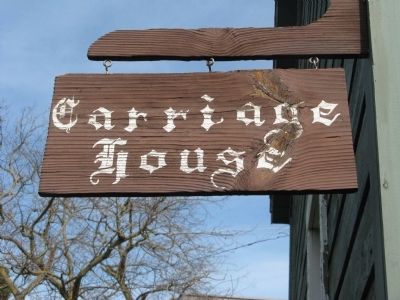 By Syd Whittle, February 20, 2009
8. The Carriage House
From signage inside of building: This carriage house was used by three generations of Fischers to house their horse-drawn vehicles and with the progression of time, the modern day motor vehicle. Vehicle entrance was from the back alley. Fischer history indicates that at one time the carriage house was rented to a cobbler for his place of business. During restoration of the building, remnants of leather used in the cobblers trade were found. The carriage house was used very much the same as a current-day garage – shelter for vehicles, storage, repair of home furnishings, etc. 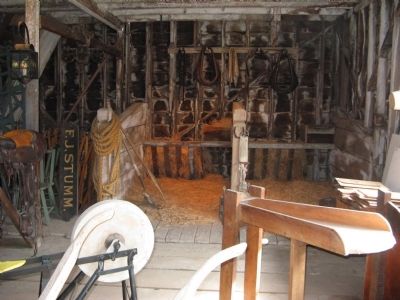 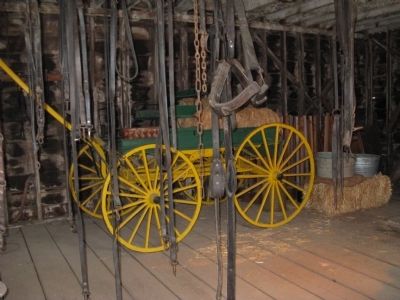 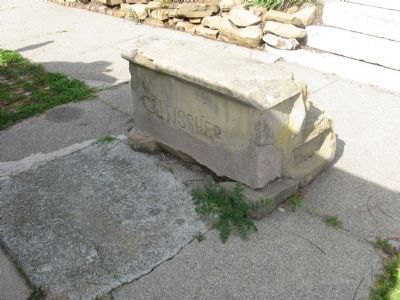