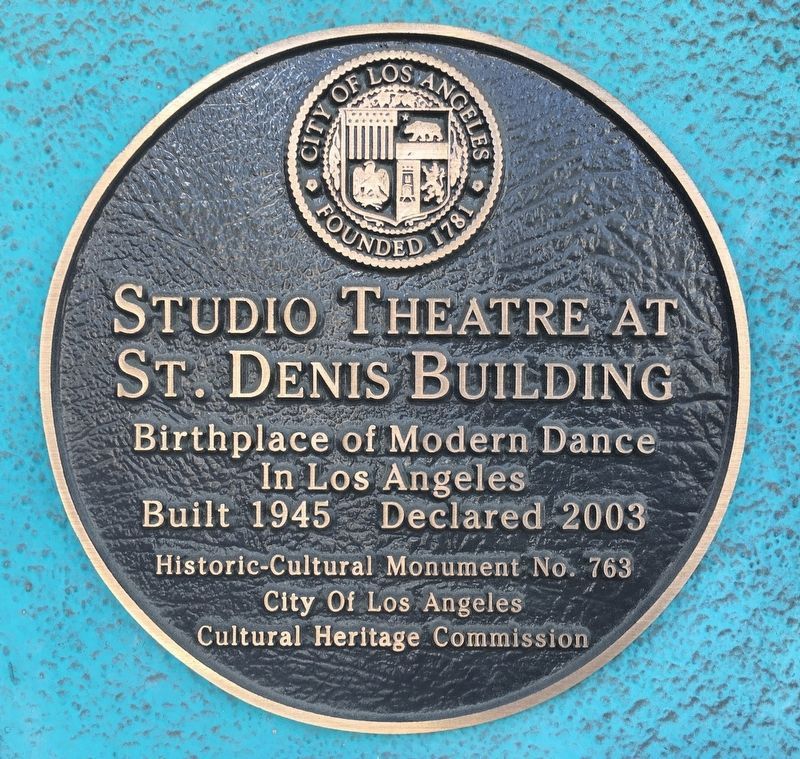 Topics and series. This historical marker is listed in these topic lists: Arts, Letters, Music • Entertainment. In addition, it is included in the City of Los Angeles Historic-Cultural Monuments series list. 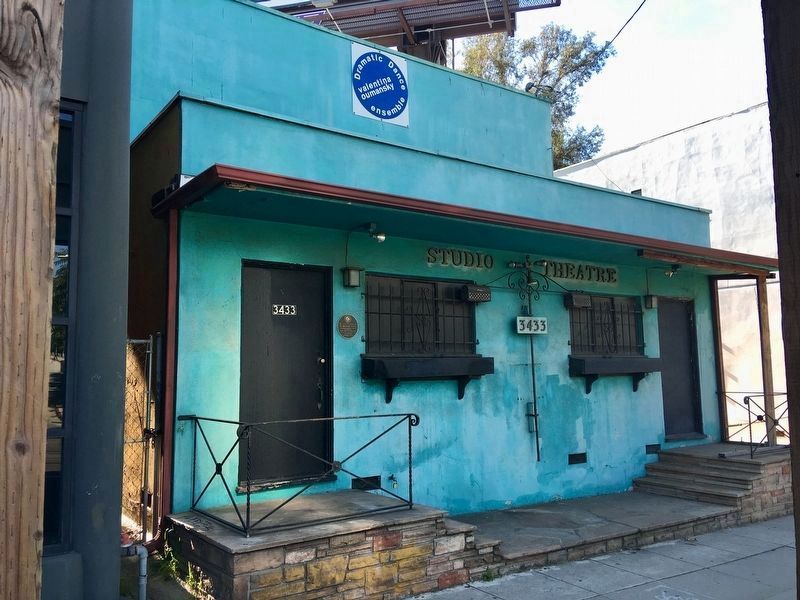 By Craig Baker, January 27, 2019
2. Studio Theatre and Marker
The marker is to the right of the door.
(approx. ¾ mile away); El Camino Real Mission Bell (approx. 1.3 miles away); Big Boy (approx. 1½ miles away). Touch for a list and map of all markers in Los Angeles.

Regarding Studio Theatre at St. Denis Building. Formerly the creative center for Ruth St. Denis, considered the "mother" of American modern dance whose most acclaimed student was Martha Graham. Still in use for dance performances. 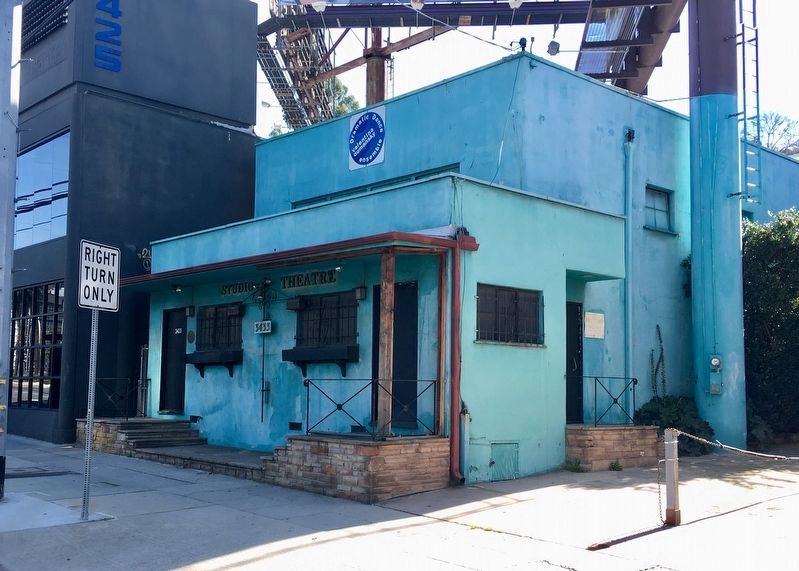