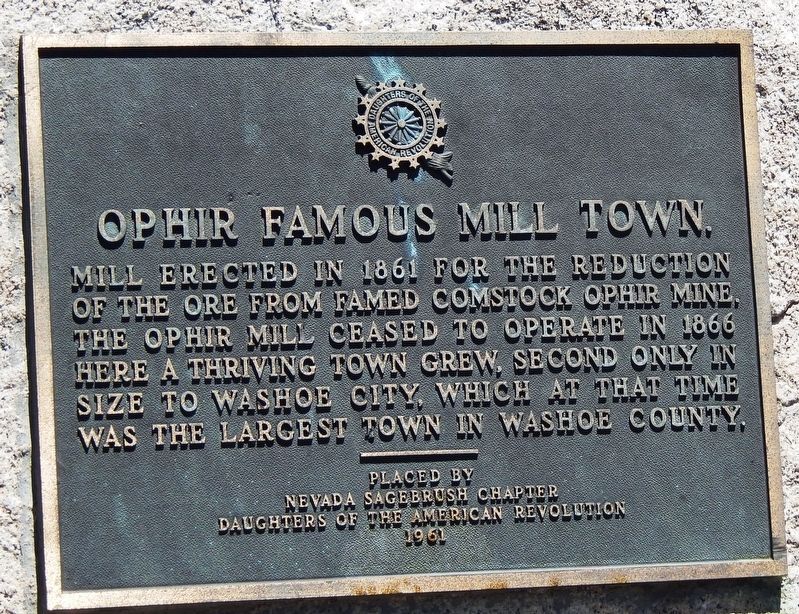 Mill erected in 1861 for the reduction of the ore from famed Comstock Ophir Mine. The Ophir Mill ceased to operate in 1866. Here a thriving town grew, second only in size to Washoe City, which at that time was the largest town in Washoe County.

Placed by
Nevada Sagebrush Chapter
Daughters of the American Revolution
1961

Erected 1961 by Nevada Sagebrush Chapter, Daughters of the American Revolution.

Topics and series. This historical marker is listed in these topic lists: Industry & Commerce • Settlements & Settlers. In addition, it is included in the Daughters of the American Revolution (DAR) series list. A significant historical year for this entry is 1861.

Location. 39° 17.803′ N, 119° 49.75′ W. Marker is in New Washoe City, Nevada, in Washoe County. Marker is on Bowers Mansion Road (Alternate U.S. 395) just north of Makayla Way, on the right when traveling north. Marker is located in a pull-out on the east side of the highway. Touch for map. Marker is in this post office area: Washoe Valley NV 89704, United States of America. Touch for directions.

Other nearby markers. At least 8 other markers are within one mile of this marker, measured 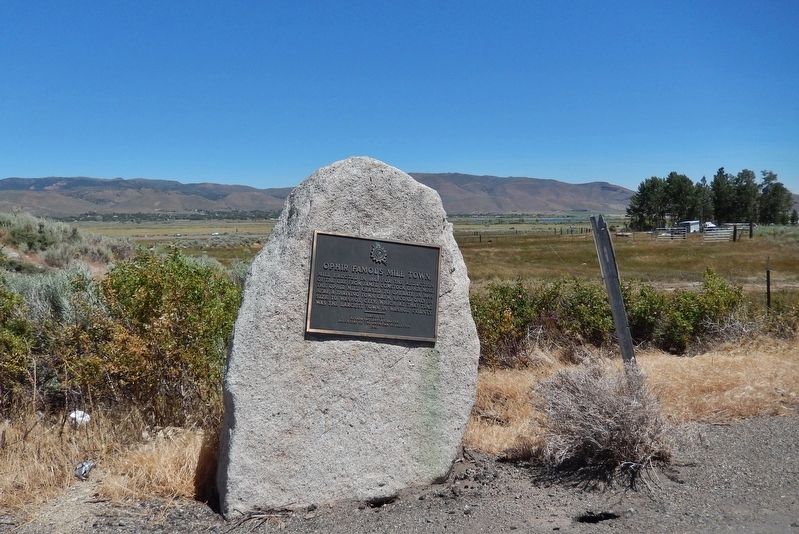