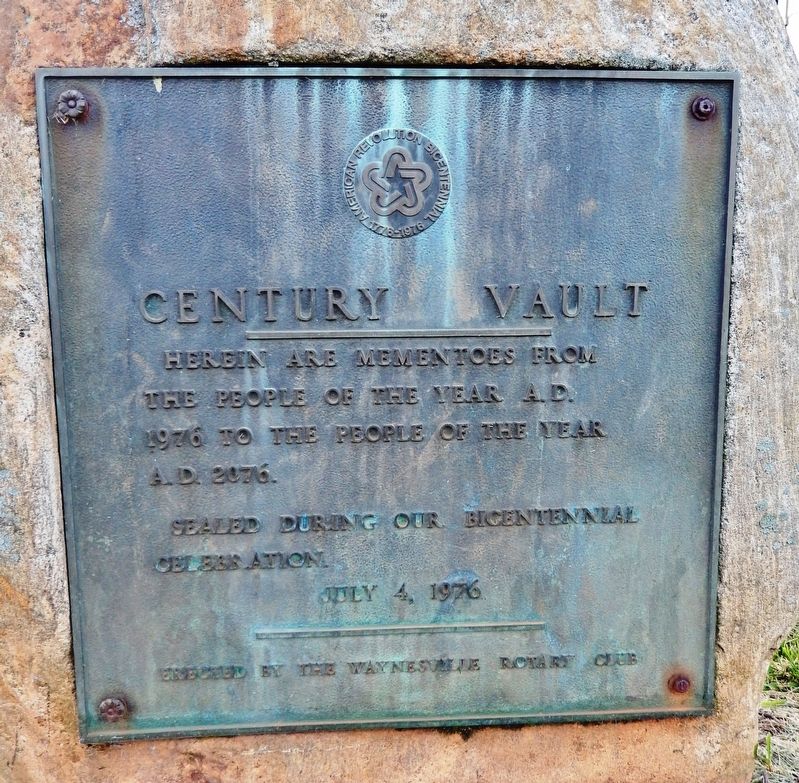 By Cosmos Mariner, September 15, 2016
1. Century Vault Marker
Inscription.
Century Vault. . Herein are mementoes from the people of the year A.D. 1976 to the people of the year A.D. 2076.
Sealed during our Bicentennial Celebration July 4, 1976 Erected by the Waynesville Rotary Club. . This historical marker was erected in 1976 by Waynesville Rotary Club. It is in Waynesville in Haywood County North Carolina

Sealed during our Bicentennial Celebration
July 4, 1976

Erected by the Waynesville Rotary Club

Topics and series. This historical marker is listed in these topic lists: Charity & Public Work • Patriots & Patriotism. In addition, it is included in the The Spirit of ’76, America’s Bicentennial Celebration, and the Time Capsules series lists.

Location. 35° 29.548′ N, 82° 59.223′ W. Marker is in Waynesville, North Carolina, in Haywood County. Marker can be reached from the intersection of North Main Street (Business U.S. 23) and Depot Street (State Road 1247), on the left when traveling north. Marker is located near the southeast corner of the Haywood County Courthouse grounds. Touch for map. Marker is at or near this postal address: 285 North Main Street, Waynesville NC 28786, United States of America. Touch for directions.

Other nearby markers. At least 8 other markers are within 2 miles of this marker, measured as the crow flies. N.C. Education Association (within shouting distance of this 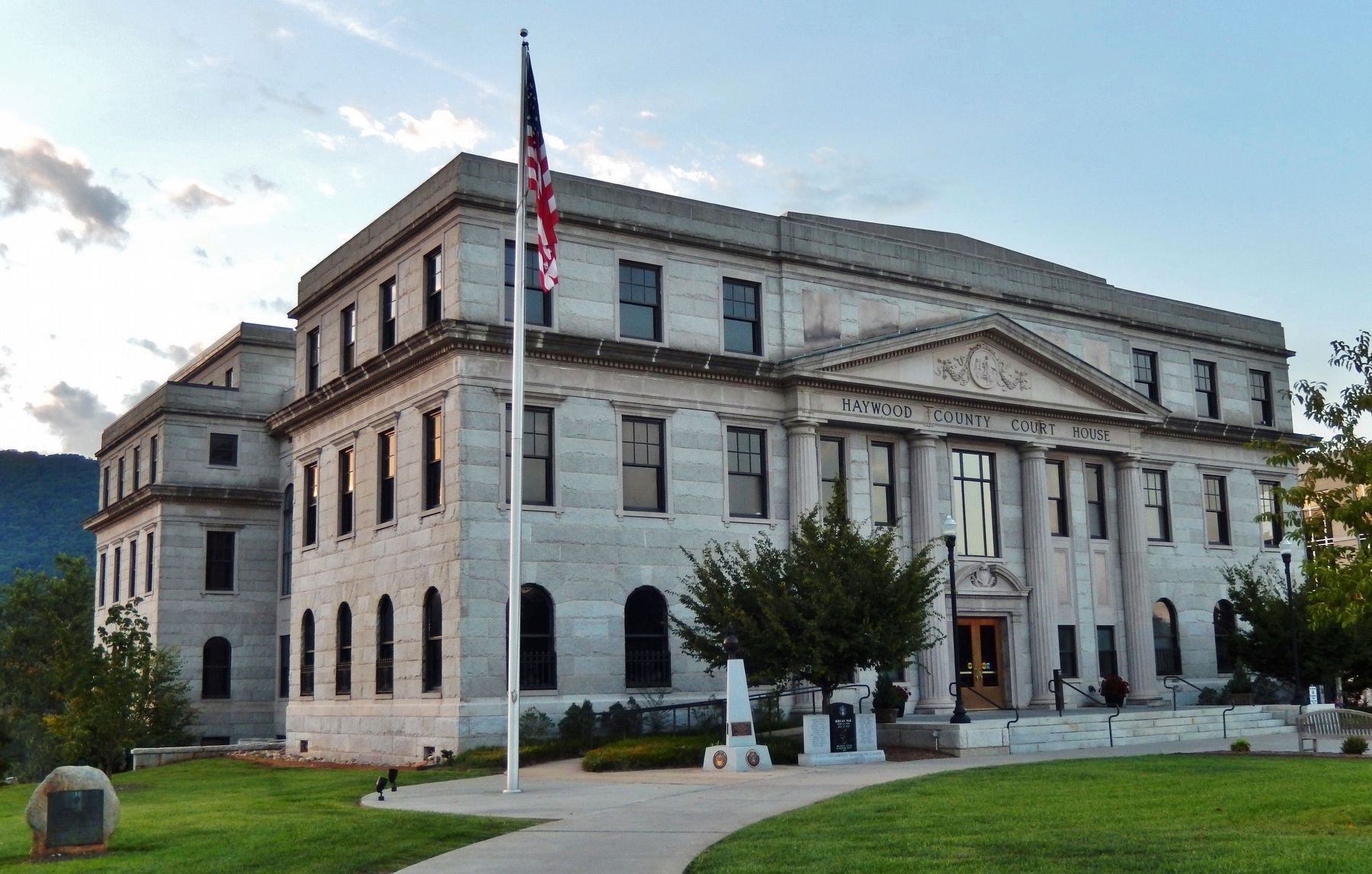