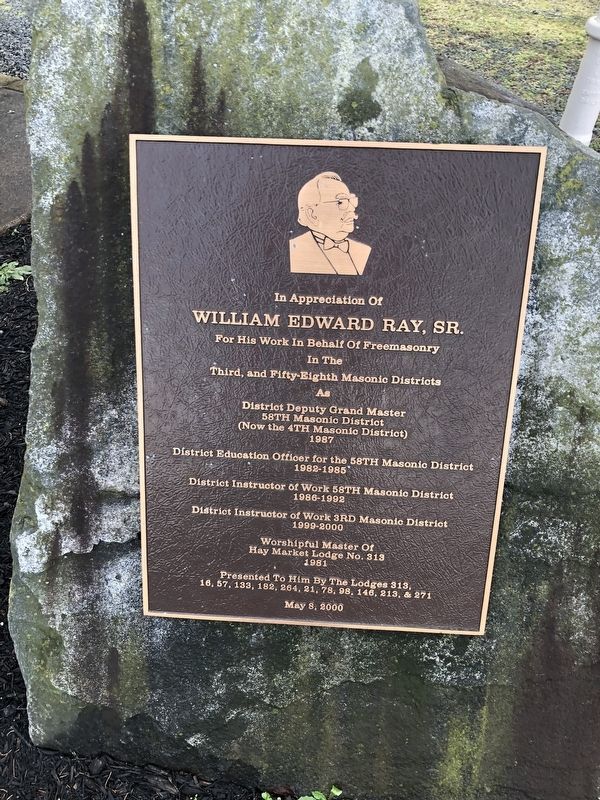 In Appreciation Of
William Edward Ray, Sr.
For His Work In Behalf Of Freemasonry
In The
Third, and Fifty-Eighth Masonic Districts
As

Topics. This historical marker is listed in these topic lists: Education • Fraternal or Sororal Organizations. A significant historical year for this entry is 1987.

Location. 38° 48.681′ N, 77° 38.206′ W. Marker is in Haymarket, Virginia, in Prince William County. Marker is at the intersection of Jefferson Street and Payne Lane, on the left when traveling south on Jefferson Street. Touch for map. Marker 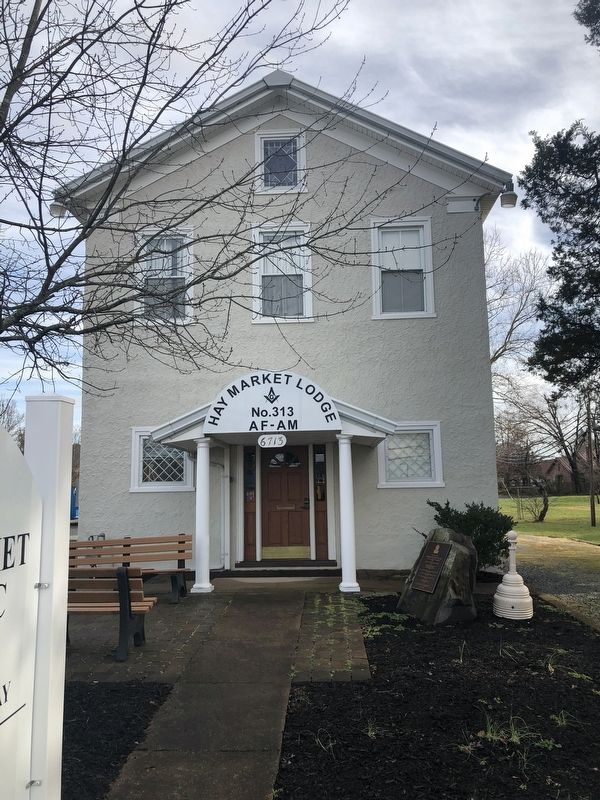 Click or scan to see
this page online
is at or near this postal address: 6713 Jefferson St, Haymarket VA 20169, United States of America. Touch for directions.