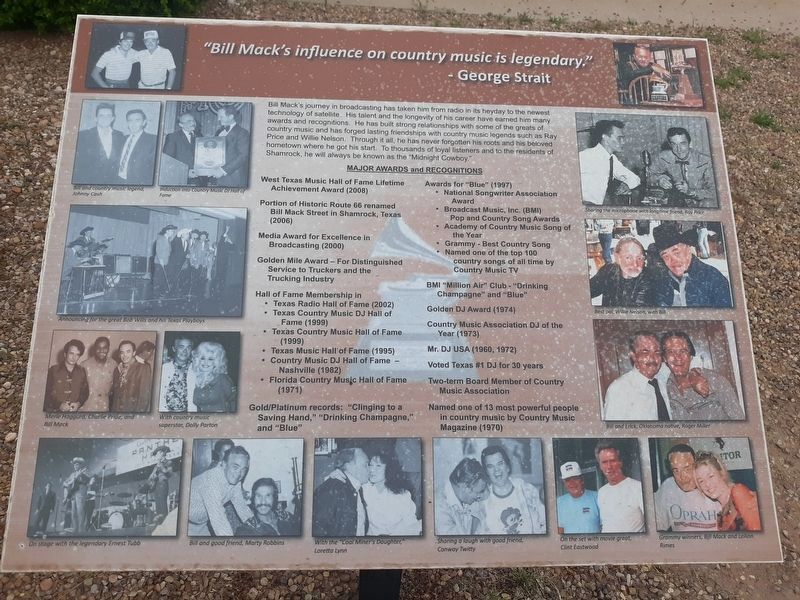 Media Award for Excellence in Broadcasting (2000)

Named one of 13 most powerful people in country music by Country Music Magazine (1970) . This historical marker is in Shamrock in Wheeler County Texas

Bill Mack's journey in broadcasting has taken him from radio in its heyday to the newest technology of satellite. His talent and the longevity of his career have earned him many awards and recognitions. He has built strong relationships with some of the greats of country music and has forged lasting friendships with country music legends such as Ray Price and Willie Nelson. Through it all, he has never forgotten his roots and his beloved hometown where he got his start. To thousands of loyal listeners and to the residents of Shamrock, he will always be known as the “Midnight Cowboy."

Media Award for Excellence in Broadcasting (2000) 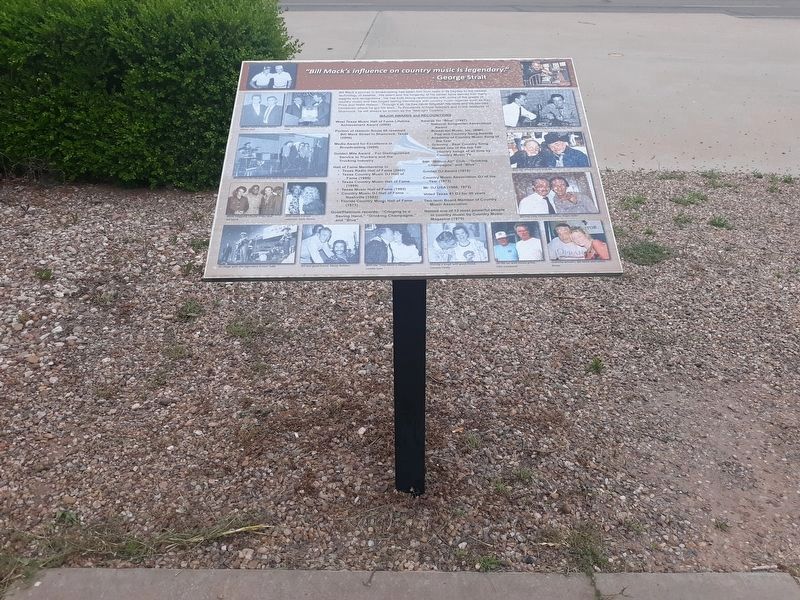 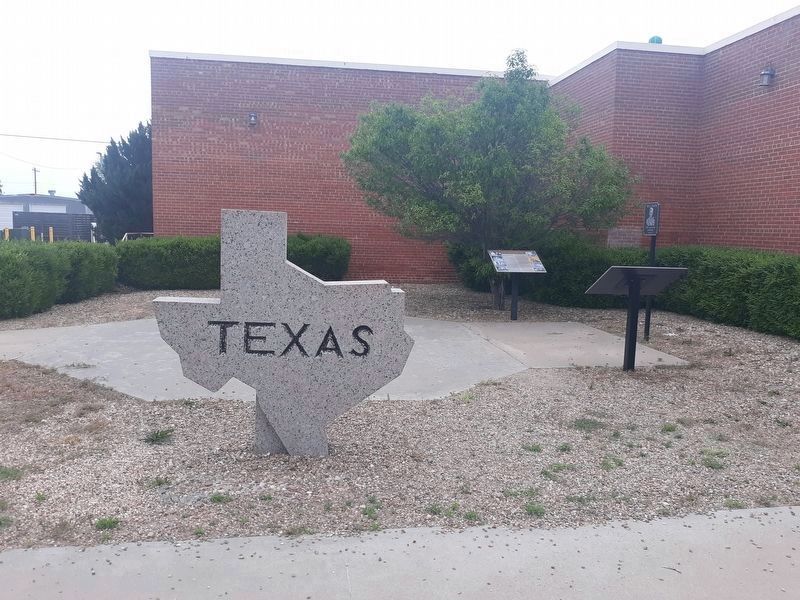 By TeamOHE, May 11, 2020
3. "Bill Mack's influence on country music is legendary" Marker
walking distance of this marker. Bill Mack: Shamrock's Midnight Cowboy (here, next to this marker); Tower Building (within shouting distance of this marker); Shamrock Methodist Church (approx. 0.6 miles away); First Baptist Church of Shamrock (approx. 0.6 miles away); The Legend of St. Patrick and the Shamrock (approx. ¾ mile away); Welcome to Blarney Stone Plaza (approx. ¾ mile away); Shamrock’s St. Patrick’s Day Celebration (approx. ¾ mile away); Shamrock Water Tower (approx. 0.9 miles away). Touch for a list and map of all markers in Shamrock.
Credits. This page was last revised on January 4, 2021. It was originally submitted on January 3, 2021, by TeamOHE of Wauseon, Ohio. This page has been viewed 39 times since then. Photos:   1, 2, 3. submitted on January 3, 2021, by TeamOHE of Wauseon, Ohio. • J. Makali Bruton was the editor who published this page.
Share This Page.