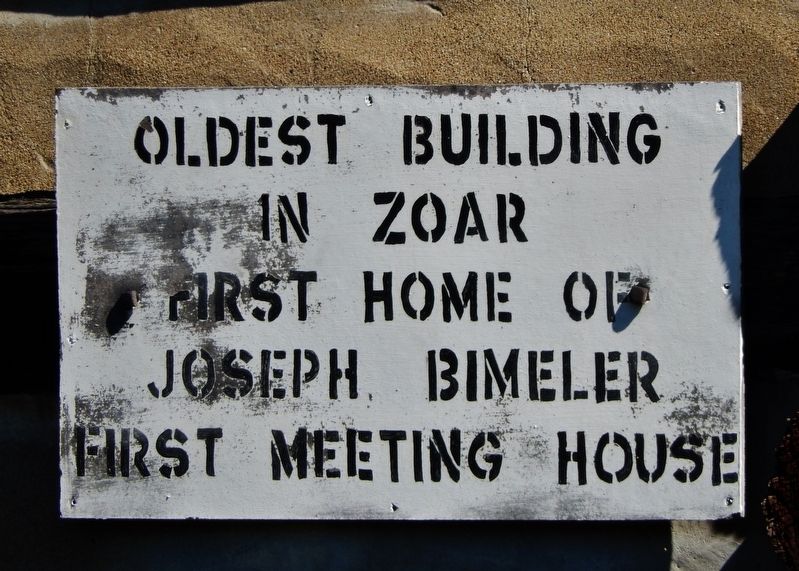 Location. 40° 36.874′ N, 81° 25.381′ W. Marker is in Zoar, Ohio, in Tuscarawas County. Marker can be reached from 4th Street west of Main Street (State Route 212), on the right when traveling west. Marker is mounted above eye-level on the south/front side of the subject building. Touch for map. Marker is in this post office area: Zoar OH 44697, United States of America. Touch for directions. 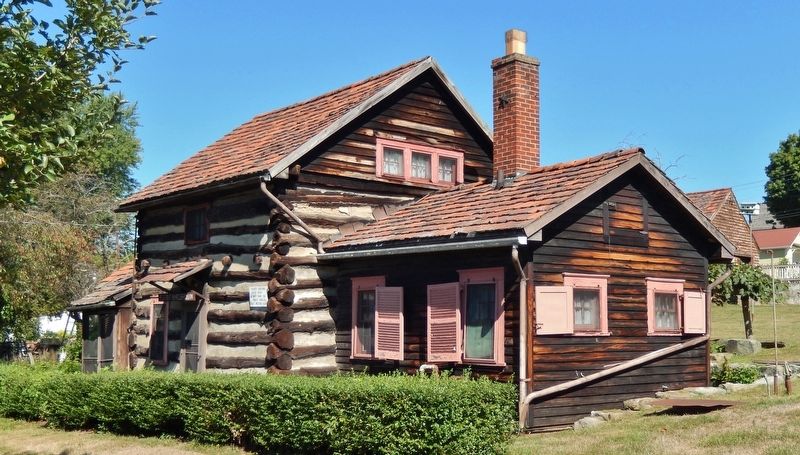 By Cosmos Mariner, August 30, 2016
2. Joseph Bimeler Cabin (southeast elevation)
the cabin of Joseph M. Bimeler, the first leader of the Society of Separatists of Zoar, as it appeared in 1896. Bimeler lived here from 1817-1820 and it also served as the Society's first meeting house. (Submitted on January 4, 2021, by Cosmos Mariner of Cape Canaveral, Florida.)

2. Zoarites. A group of separatists, eventually known as Zoarites, established the small community of Zoar in Tuscarawas County. These separatists were originally from an area of Germany known as Wurttemberg. In the late eighteenth and early nineteenth centuries, they had separated from the official German religion, the Lutheran Church. Separatists faced severe persecution in Wurttemberg, including confiscation of their properties and imprisonment. The group’s leader, Joseph Bimeler (or sometimes spelled Joseph Bäumeler), decided to bring the Separatists to the United States. (Submitted on January 4, 2021, by Cosmos Mariner of Cape Canaveral, Florida.) 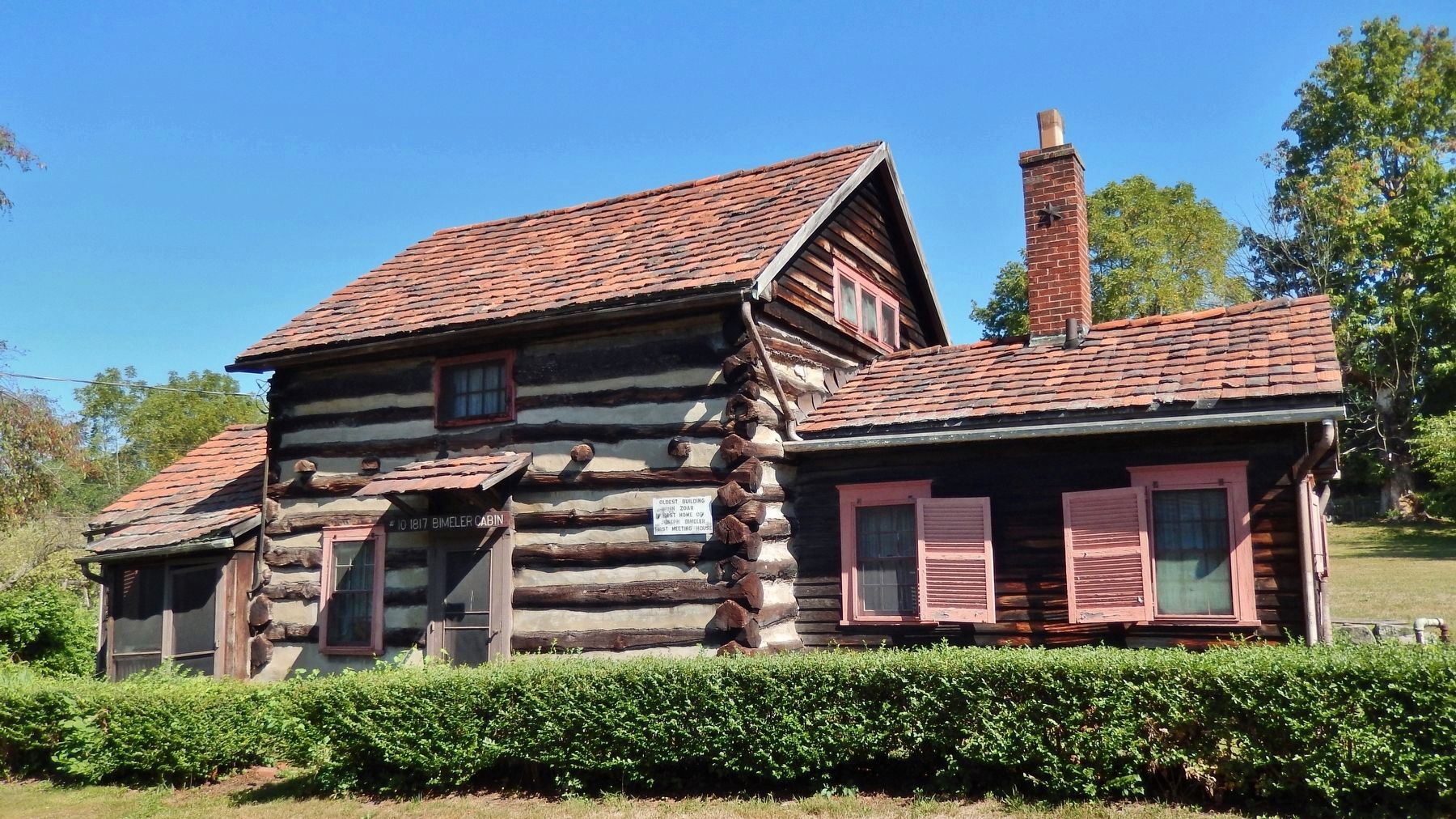