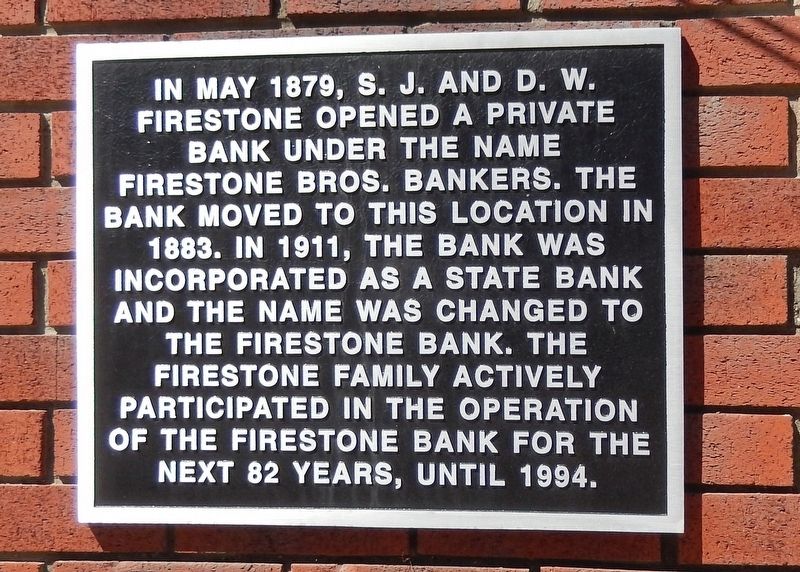 In May 1879, S.J. and D.W. Firestone opened a private bank under the name Firestone Bros. Bankers. The bank moved to this location in 1883. In 1911, the bank was incorporated as a state bank and the name was changed to The Firestone Bank. The Firestone family actively participated in the operation of the Firestone Bank for the next 82 years, until 1994.

Location. 40° 46.355′ N, 80° 46.044′ W. Marker is in Lisbon, Ohio, in Columbiana County. Marker is on North Park Avenue just west of North Nelson Avenue (East Parkway), on the right when traveling west. Marker is mounted at eye-level on the subject bank building, just below the flag pole. Touch for map. Marker is at or near this postal address: 24 North Park Avenue, Lisbon OH 44432, United States of America. Touch for directions.

Other nearby markers. At least 8 other markers are within 7 miles of this marker, measured as the crow flies. Civil War Naval Cannon (within shouting distance of this marker); Ohio's Oldest Brick Building (about 400 feet away, measured in a direct line); Rebecca Furnace (approx. 1.2 miles away); Stone House 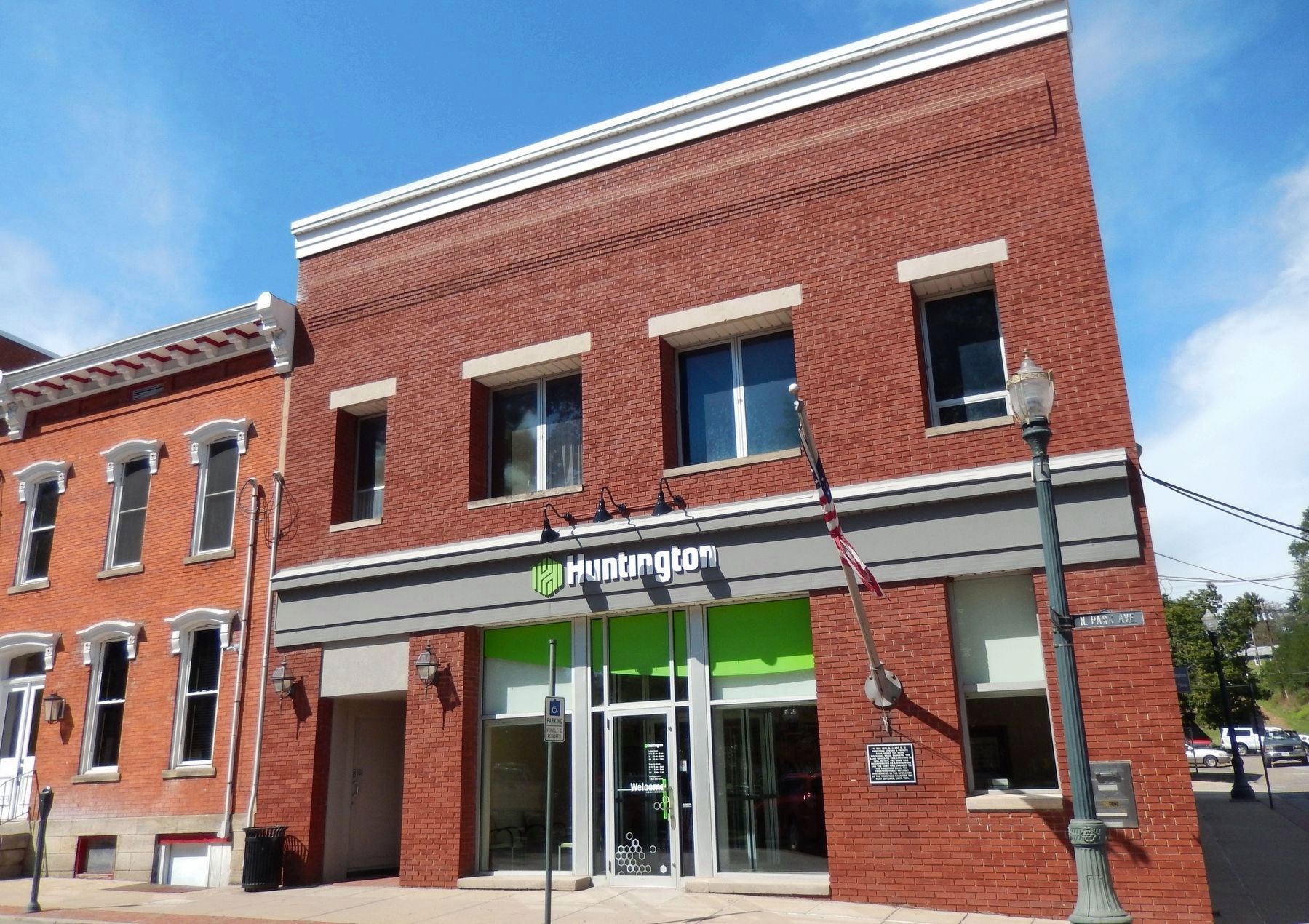