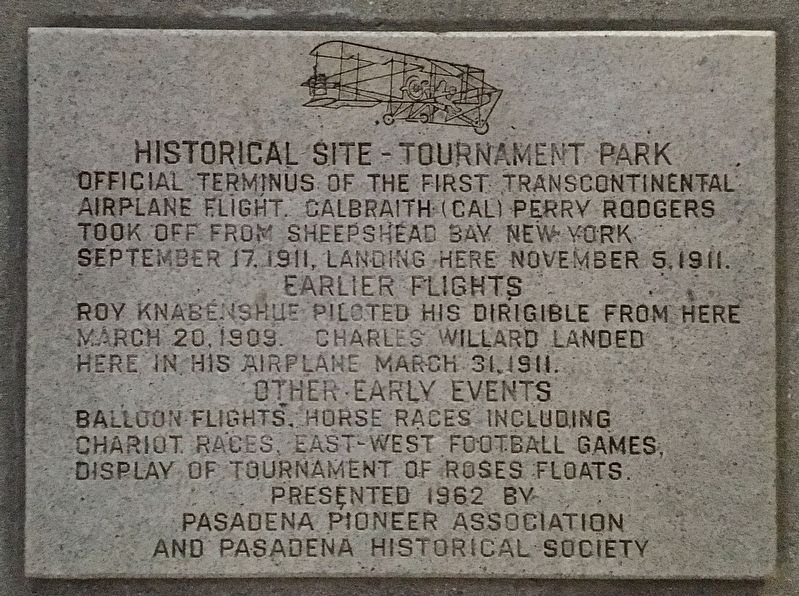 Location. 34° 7.967′ N, 118° 7.546′ W. Marker is in Pasadena, California, in Los Angeles County. Marker can be reached from Wilson Avenue 0.2 miles south of California Boulevard, on the left when traveling south. Located in Tournament Park. Touch for map. Marker is in this post office area: Pasadena CA 91106, United States of America. Touch for directions. 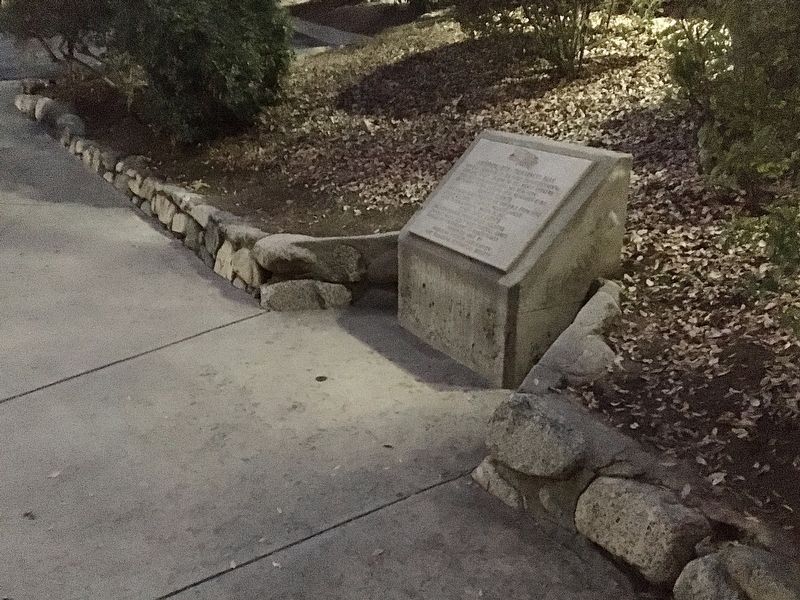 Regarding Tournament Park. The park is owned by the California Institute of Technology. Tournament Park gets its name from the Tournament of Roses because the early parade route ended at the park, and it served as a venue for events associated with the Tournament, such as ostrich races, and even a race between a camel and an elephant. Tournament Park was the site of the first eight Rose Bowl Games. The stadium site is now the South Athletic Field, and continues to serve as Caltech's track and field venue.

In 1910, publisher William Randolph Hearst offered a prize of $50,000 to the first aviator to fly coast to coast in less than 30 days. Cal Rodgers persuaded J. Ogden Armour, of Armour and Company, to sponsor the flight, and in return he named the plane, a Wright Model EX, after Armour's grape soft drink Vin Fiz. The trip required 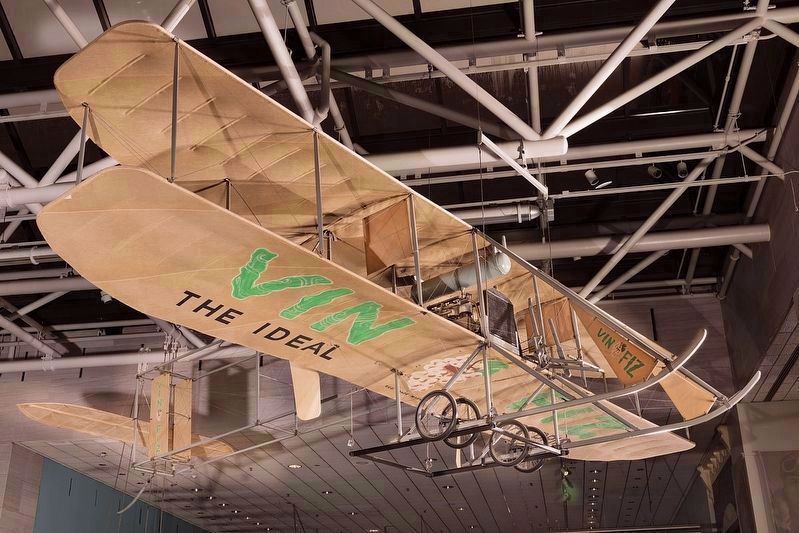