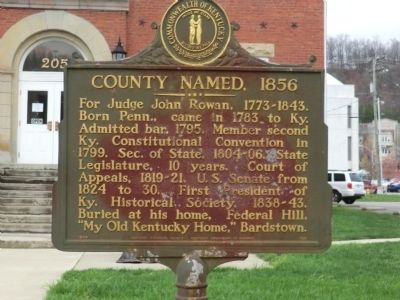 Topics and series. This historical marker is listed in these topic lists: Government & Politics • Political Subdivisions. In addition, it is included in the Kentucky Historical Society series list.

Location. Marker has been reported permanently removed. It was located near 38° 11.064′ N, 83° 25.998′ W. Marker was in Morehead, Kentucky, in Rowan County. Marker was on East Main Street. The marker is on the grounds of the old Rowan County Courthouse. Touch for map. Marker was at or near this postal address: 261 E Main St, Morehead KY 40351, United States of America. Touch for directions. 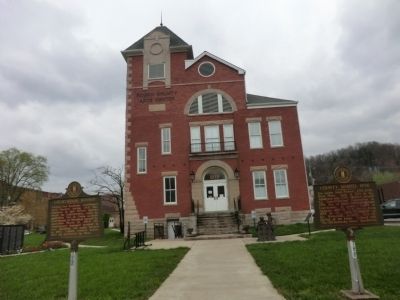