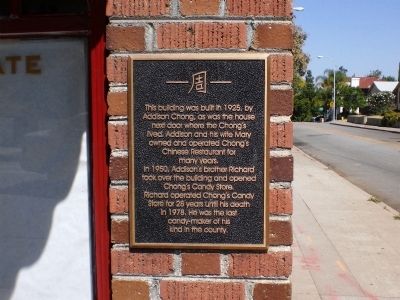 This building was built in 1925, by Addison Chong, as was the house next door where the Chong's lived. Addison and his wife Mary owned and operated Chong's Chinese Restaurant for many years.

In 1950, Addison's brother Richard took over the building and opened Chong's Candy Store.

Richard operated Chong's Candy Store for 28 years until his death in 1978. He was the last candy-maker of his kind in the county.

Topics. This historical marker is listed in these topic lists: Industry & Commerce • Notable Buildings. A significant historical year for this entry is 1925. 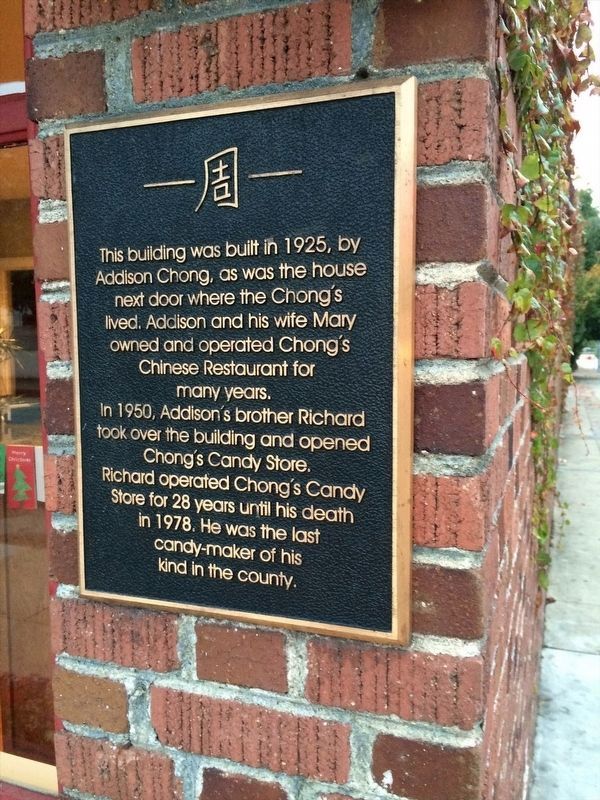 Click or scan to see
this page online
in a direct line); De Anza Expedition 1775 - 1776 (about 300 feet away); Juan Bautista de Anza National Historic Trail (about 400 feet away); Carnegie City Library (about 500 feet away); San Luis Obispo Sesquicentennial (about 700 feet away); General John C. Fremont (approx. 0.2 miles away). Touch for a list and map of all markers in San Luis Obispo.

More about this marker. The marker is to the right of the front door.

Regarding Chong's Candy Store. This building and the Ah Louis Building directly across the street were the heart of San Luis Obispo's Chinatown. According to In Search of Chinese San Luis Obispo:

"The focal point of Chinese San Luis Obispo was the 800 block of Palm Street. Residents called their community Tong Yun Fow, or “Chinese People’s City”; most other locals called it Chinatown, or simply “Palm Street.” Between 1870 and 1900 its population varied from two to four hundred, peaking in the early 1890s when one in every ten San Luis city residents was Chinese. The most enduring Palm Street families were the Wongs and the Gins. Patriarchs Wong On (later Ah Louis) and Gin Sai Yuen(Quong Chung) became leading merchants, entrepreneurs, labor agents, and community spokesmen. 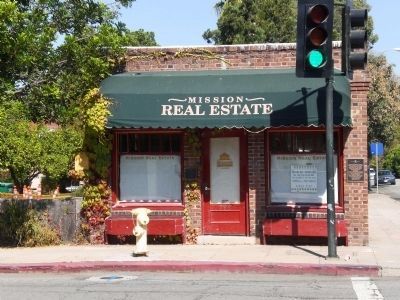 Photographed By Andrew Ruppenstein, September 6, 2008
3. Chong's Candy Store
Built in 1925, the building housed a restaurant for its first 25 years, and then was a candy store for the next 28. It currently houses a realtor's office.
Palm Street businesses were mostly extended family enterprises, anchored by Ah Louis’s two-story brick store." 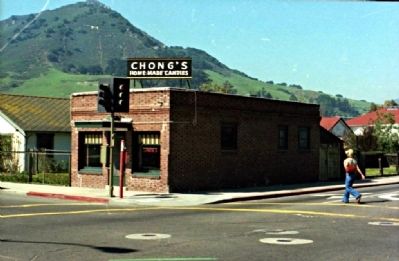 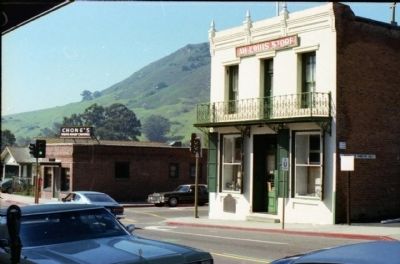 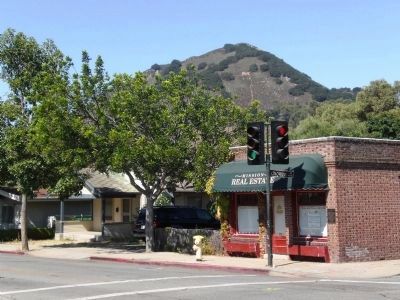