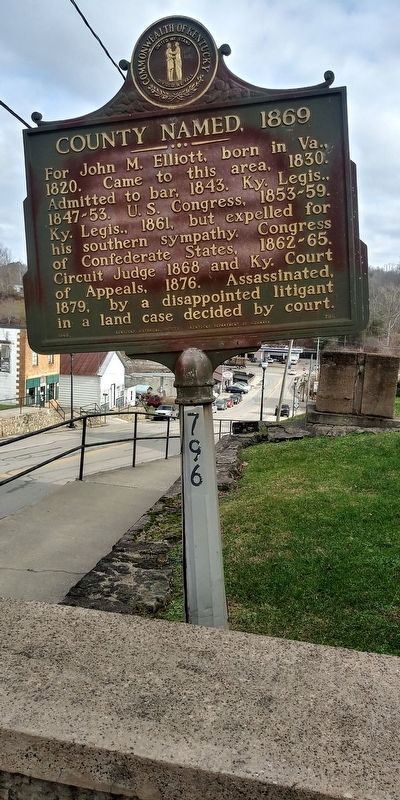 Topics and series. This historical marker is listed in these topic lists: Government & Politics • Political Subdivisions. In addition, it is included in the Kentucky Historical Society series list. A significant historical year for this entry is 1820.

Location. 38° 5.191′ N, 83° 7.535′ W. Marker is in Sandy Hook, Kentucky, in Elliott County. Marker is on Main Street (Kentucky Route 7) just east of Court Street, on the right when traveling north. On the grounds of the Elliott County Courthouse. Touch for map. Marker is at or near this postal address: 118 Main St, Sandy Hook KY 41171, United States of America. Touch for directions.

Other nearby markers. At least 8 other markers are within 18 miles of this marker, measured as the crow flies. A Masterful Retreat / Confederate Raids and Invasions and a Federal Retreat, in Kentucky. 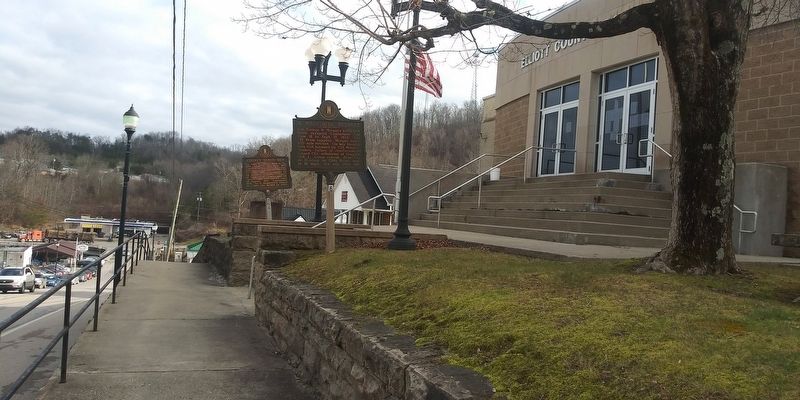