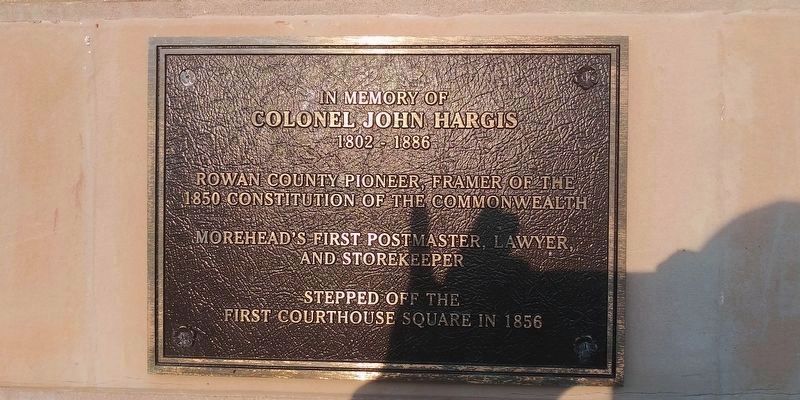 Rowan County pioneer, framer of the 1850 Constitution of the Commonwealth

Stepped off the first courthouse square in 1856 . This historical marker is in Morehead in Rowan County Kentucky

Rowan County pioneer, framer of the 1850 Constitution of the Commonwealth

Stepped off the first courthouse square in 1856

Topics. This historical marker is listed in these topic lists: Government & Politics • Settlements & Settlers. A significant historical year for this entry is 1802.

Location. 38° 11.067′ N, 83° 26.013′ W. Marker is in Morehead, Kentucky, in Rowan County. Marker is on East Main Street south of Normal Avenue, on the right when traveling south. The marker is mounted to the courthouse. Touch for map. Marker is in this post office area: Morehead KY 40351, United States of America. Touch for directions. Click or scan to see
this page online
500 feet away, measured in a direct line); National Register Historic District / Morehead State University (about 600 feet away); First Building And Land (approx. 0.2 miles away). Touch for a list and map of all markers in Morehead. 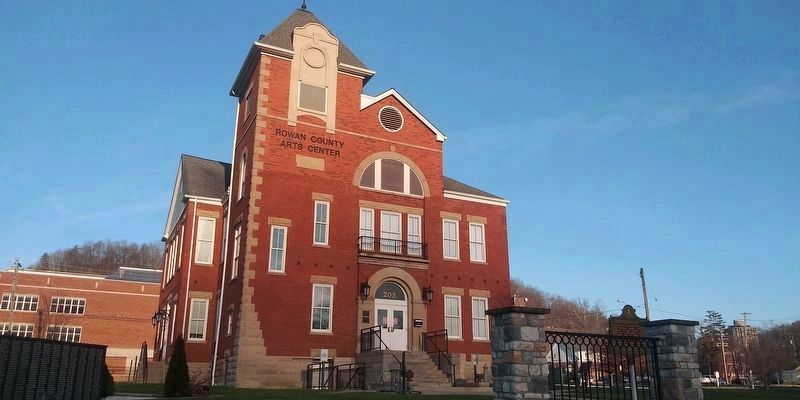