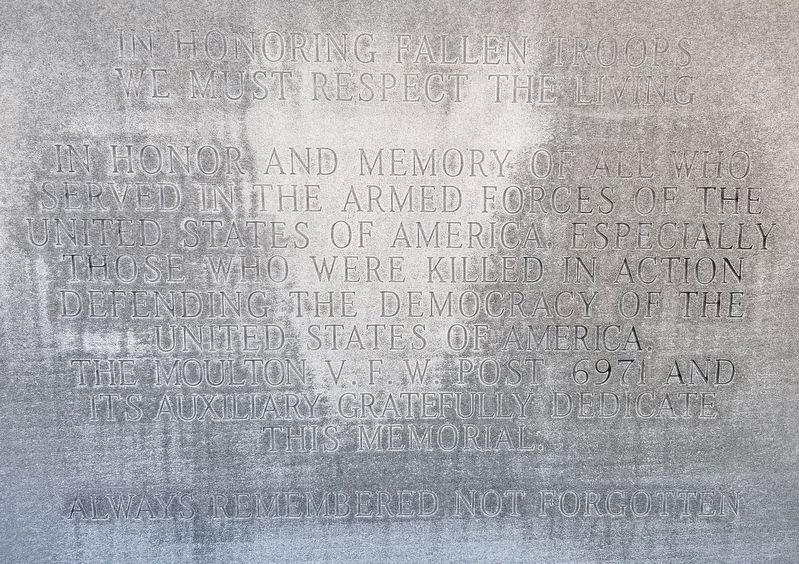 In honoring fallen troops
we must respect the living 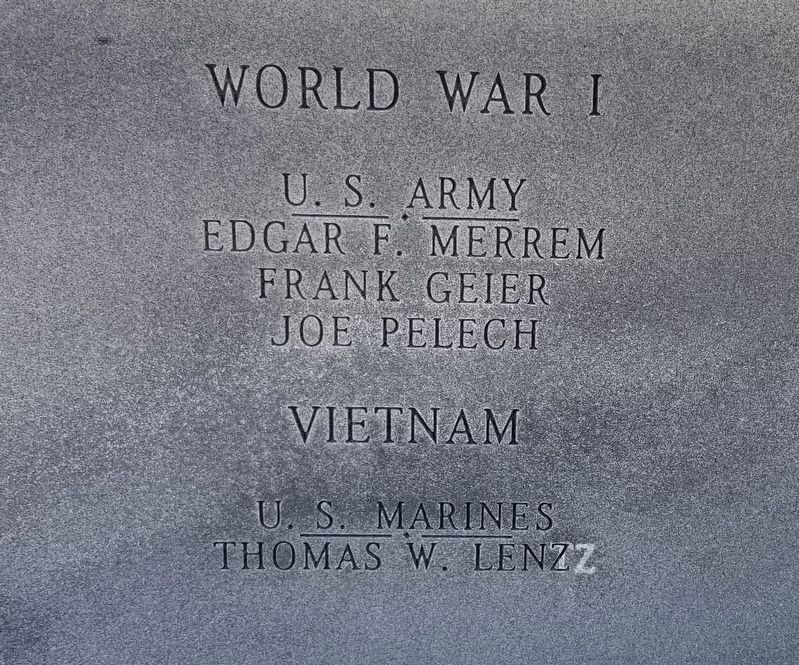 Location. 29° 34.177′ N, 97° 8.964′ W. Marker is in Moulton, Texas, in Lavaca County. Memorial is at the intersection of South Lancaster Street (Farm to Market Road 532) and West Veterans Drive, on the right when traveling south on South Lancaster Street. The memorial is located at the entrance to the Moulton City Park. Touch for map. Marker is in this post office area: Moulton TX 77975, United States of America. Touch for directions. 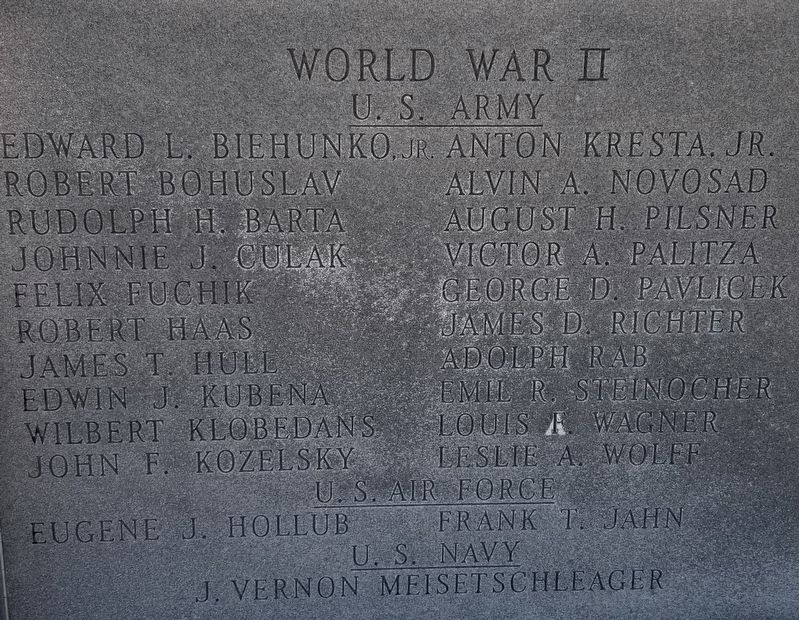