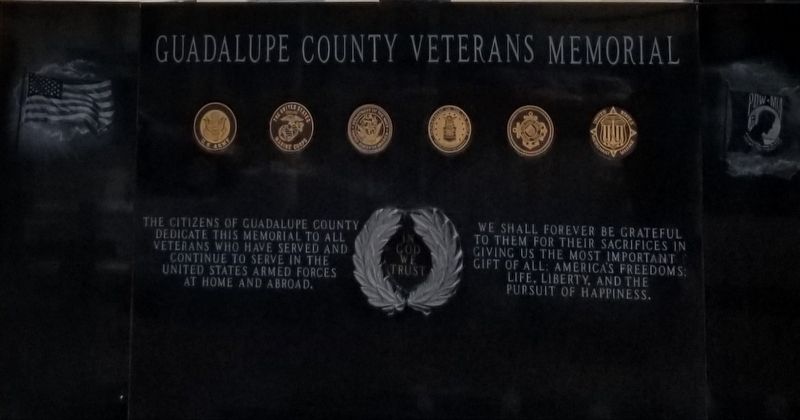 The Citizens of Guadalupe County Dedicate This Memorial to All Veterans Who Have Served and Continue to Serve in the United States Armed Forces at Home and Abroad.

In God We Trust

We Shall Forever Be Grateful to Them for Their Sacrifices in Giving Us the Most Important Gift of All America's Freedoms: Life, Liberty, and the Pursuit of Happiness.

Other nearby markers. At least 8 other markers are within walking distance of this marker. Seguin (a few steps from this marker); Old Spanish Trail (a few steps 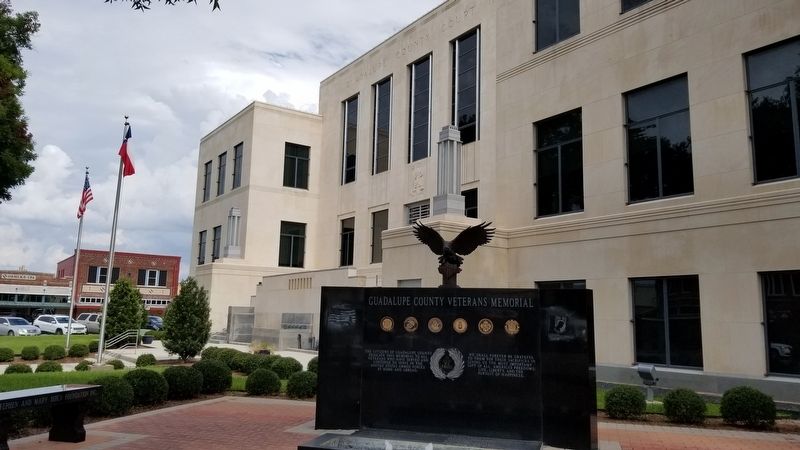