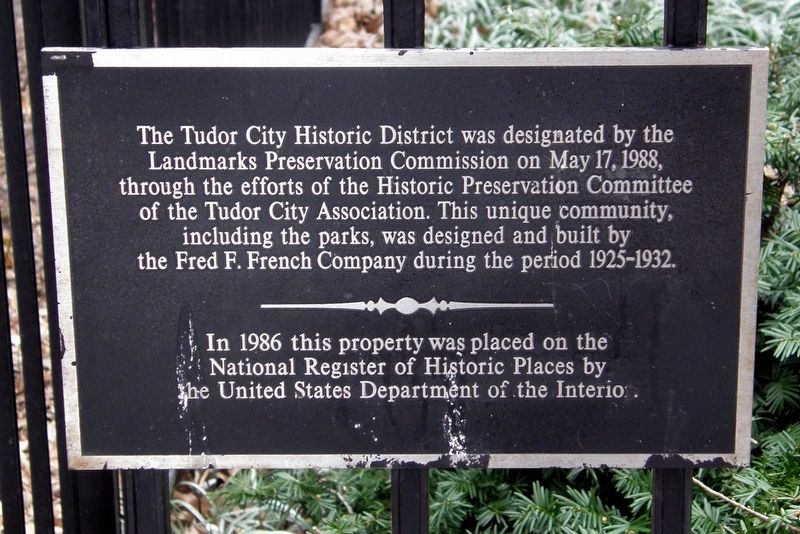 In 1986 this property was placed on the National Register of Historic Places by the United States Department of the Interior. 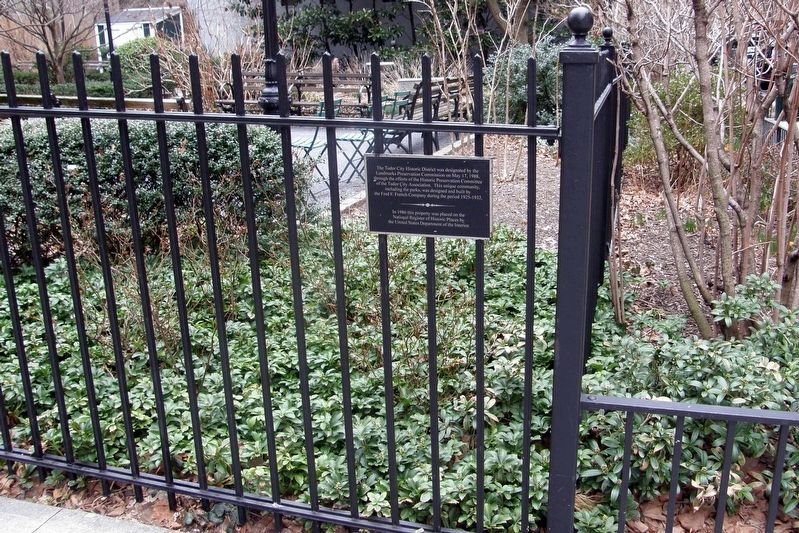 By Larry Gertner, March 29, 2019
2. The Tudor City Historic District plaque at North Park
An identical marker is at South Park
(about 300 feet away); First Avenue Underpass (about 400 feet away); Trygve Lie Plaza (about 500 feet away); New York Daily News Building (approx. 0.2 miles away). Touch for a list and map of all markers in New York.

Regarding The Tudor City Historic District.
Tudor City was the first residential skyscraper complex in the world. It is listed in the "AIA (American Institute of Architects) Guide to New York City, Fifth Edition". 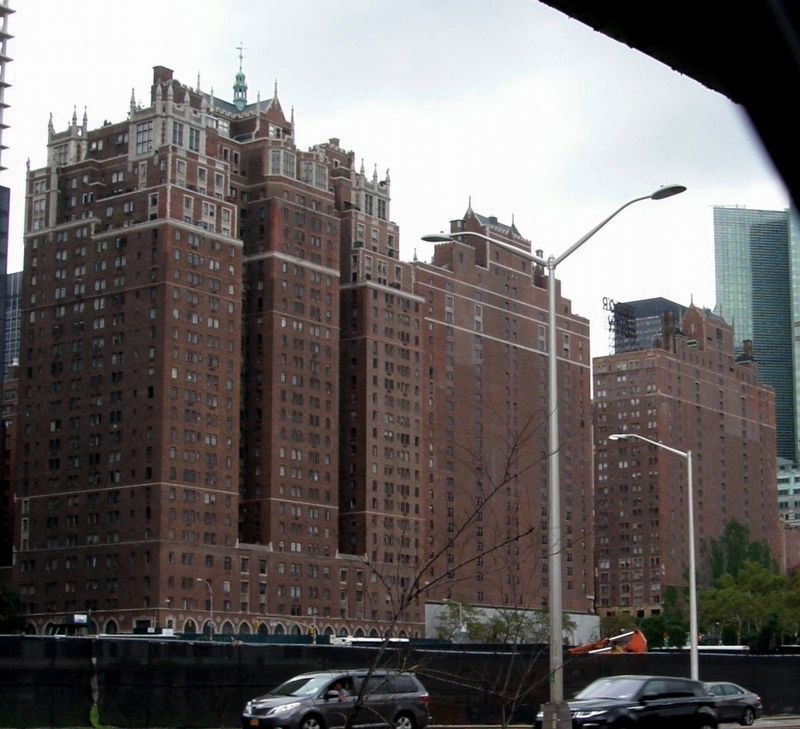 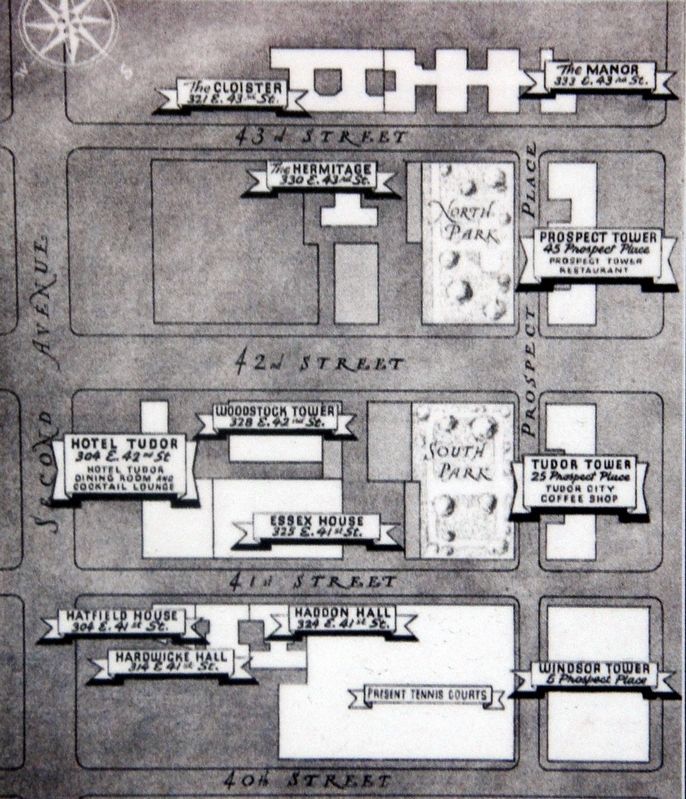 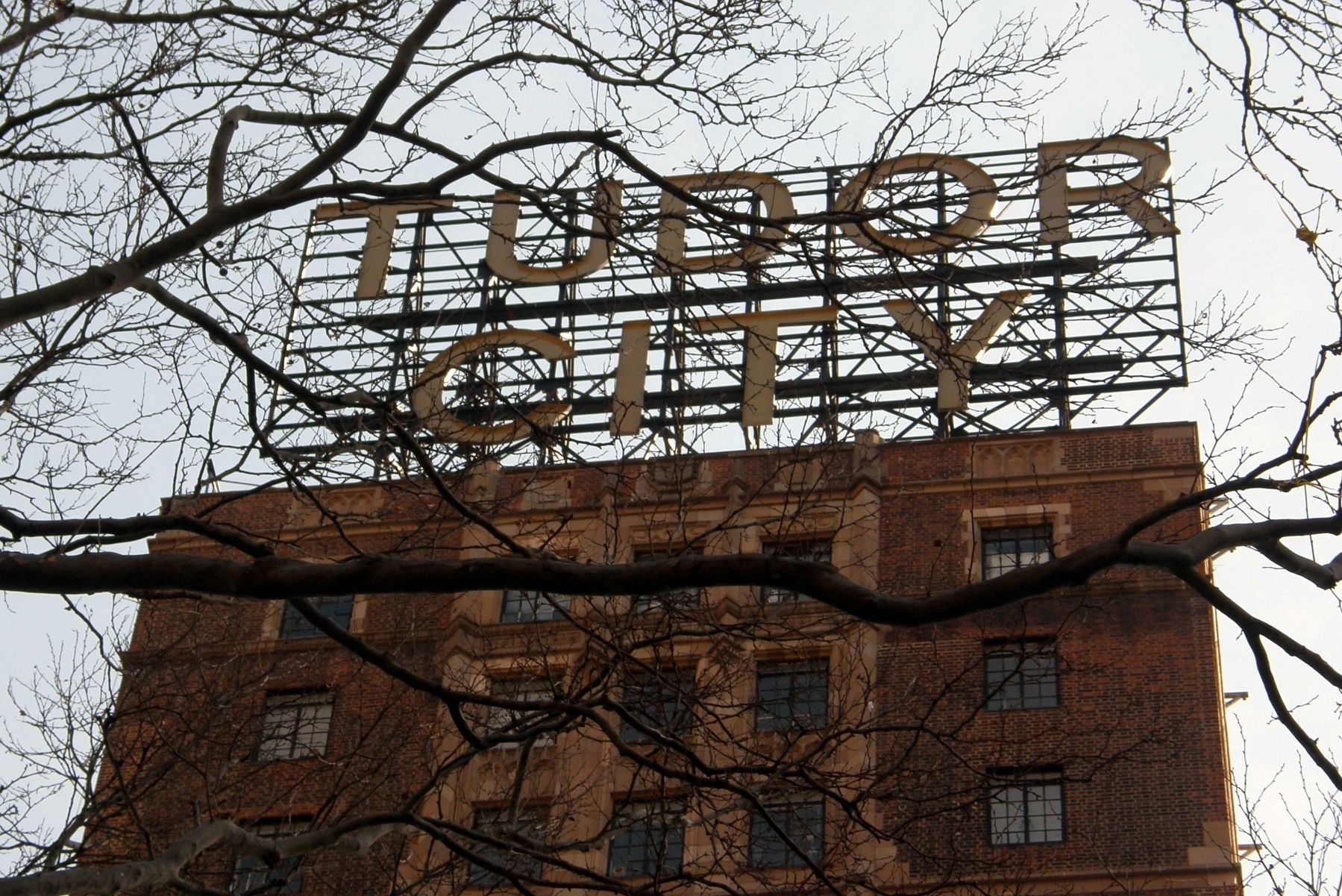