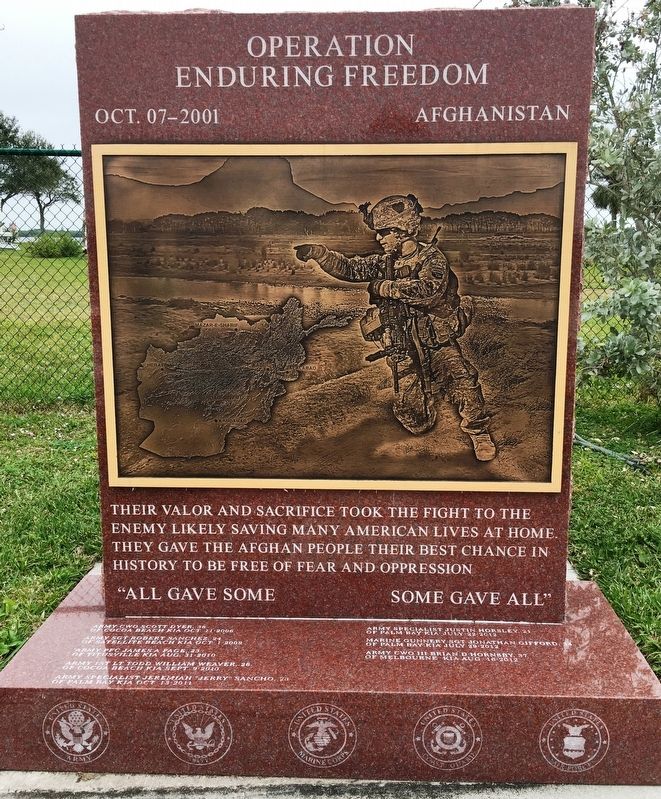 Their valor and sacrifice took the fight to the enemy likely saving many American lives at home. They gave the Afghan people their best chance in history to be free of fear and oppression.

“All Gave Some Some Gave All”

Location. 28° 21.078′ N, 80° 40.968′ W. Marker is in Merritt Island, Florida, in Brevard County. Memorial can be reached from South Sykes Creek Parkway just from Fortenberry Road, on the right when traveling north. The marker is located 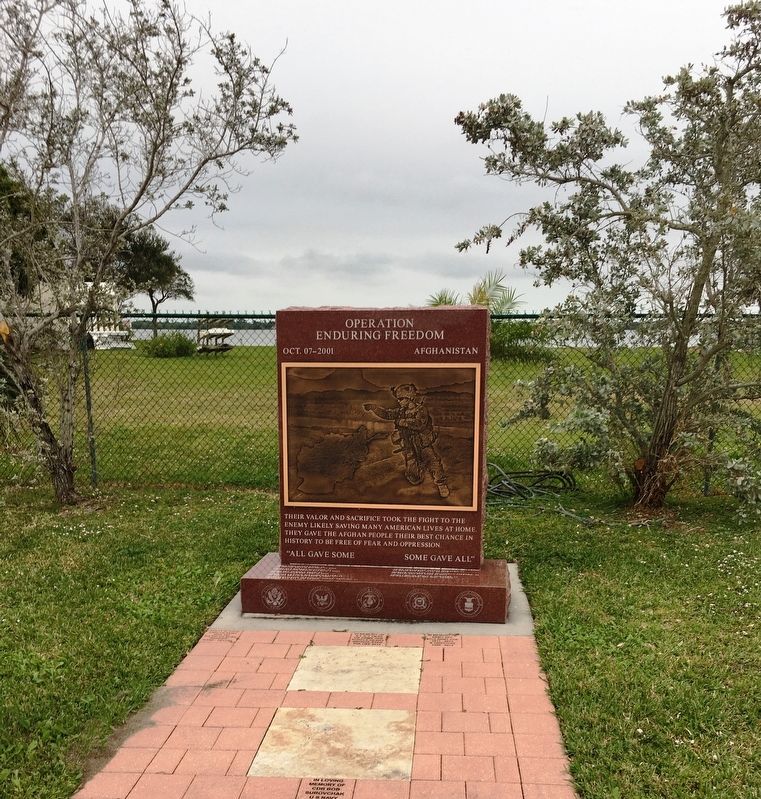