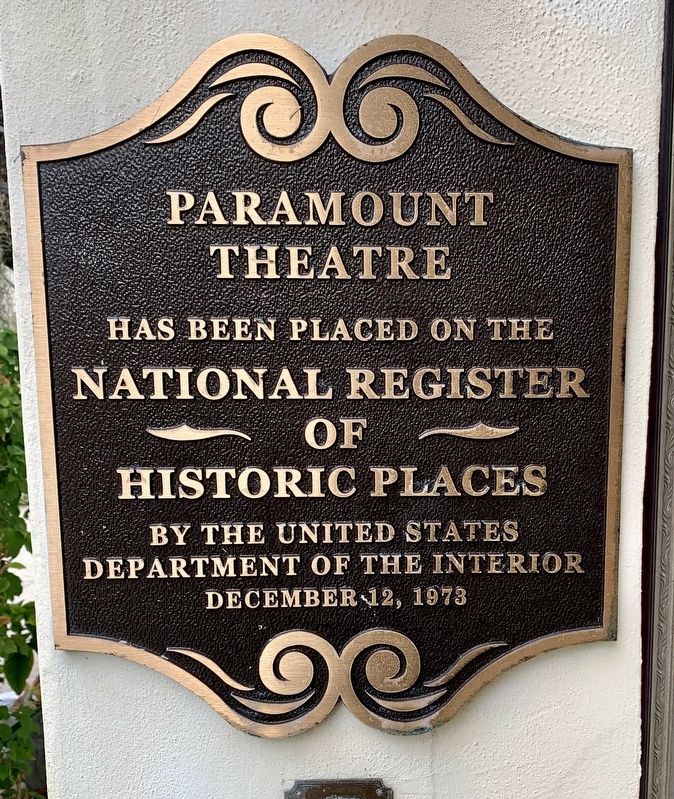 Paramount Theatre
has been placed on the
National Register
of
Historic Places
by the United States
Department of the Interior
December 12, 1973

Erected 1973 by Department of the Interior.

Topics. This historical marker is listed in these topic lists: Architecture • Entertainment. 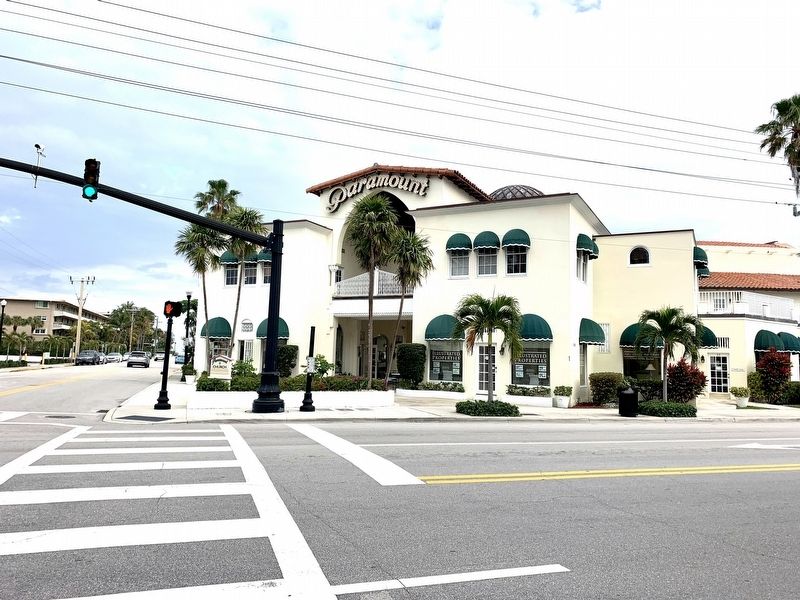 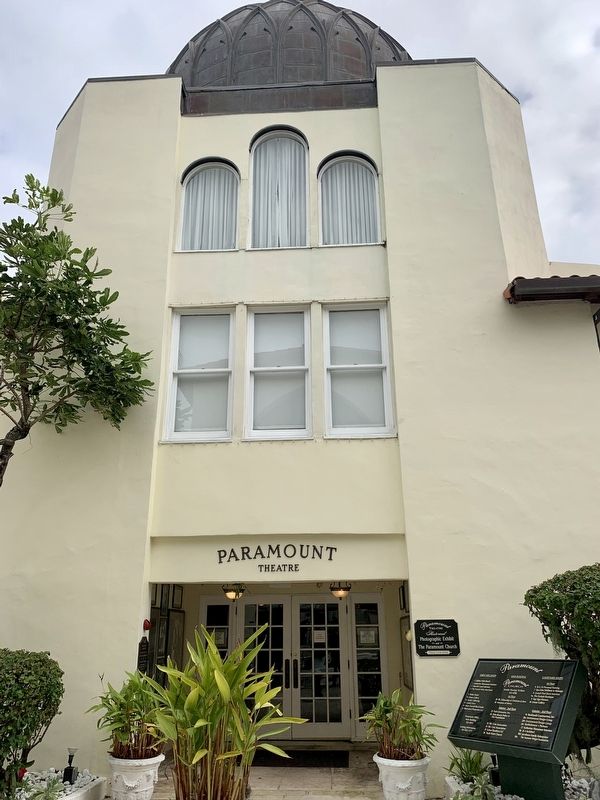 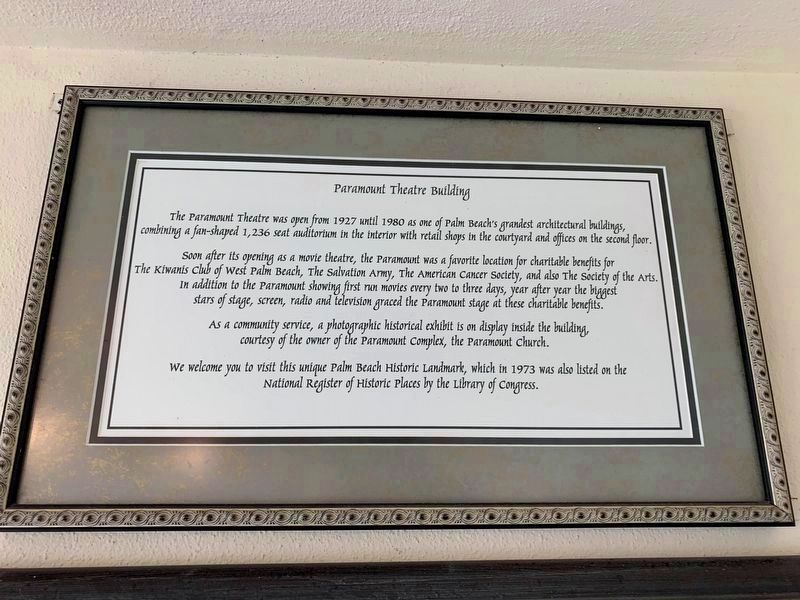 By Jay Kravetz
4. Paramount Theatre Building
The Paramount Theatre was open from 1927 until 1980 as one of Palm Bench's grandest architectural buildings, combining a fan-shaped 1,236 seat auditorium in the interior with retail shops in the courtyard and offices on the second floor.

Soon after its opening as a movie theatre, the Paramount was a favorite location for charitable benefits for soon The Kiwanis Club of West Palm Beach, The Salvation Army, The American Cancer Society, and also The Society of the Arts. In addition to the paramount showing first run movies every two to three days, year after year the biggest stars of stage, screen, radio and television graced the Paramount stage at these charitable benefits.

As a community service, a photographic historical exhibit is on display inside the building, courtesy of the owner of the Paramount Complex, the Paramount Church.