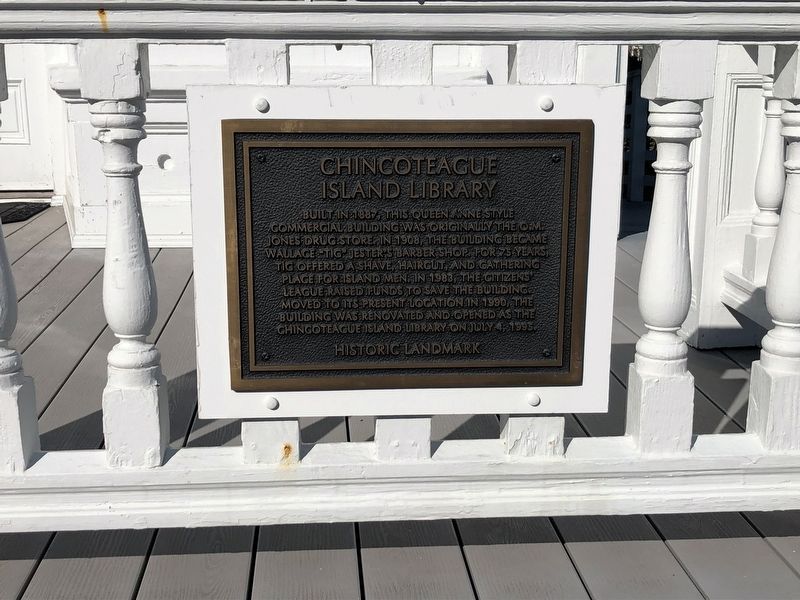 Built in 1887, this Queen Anne style commercial building was originally the O.M. Jones Drug Store. In 1908, the building became Wallace "Tig" Jester's barber shop. For 75 years, Tig offered a shave, haircut, and gathering place for island men. In 1983, the Citizens' League raised funds to save the building. Moved to its present location in 1990, the building was renovated and opened as the Chincoteague Island Library on July 4, 1995.

Topics. This historical marker is listed in these topic lists: Architecture • Charity & Public Work • Education • Industry & Commerce. A significant historical date for this entry is July 4, 1995.

Location. 37° 56.052′ N, 75° 22.624′ W. Marker is in Chincoteague, Virginia, in Accomack County. Marker is at the intersection of Main Street and Mumford Street, on the right when traveling west on Main Street. Touch for map. Marker is at or near this postal address: 4077 Main St, Chincoteague Island VA 23336, United States of America. Touch for directions. 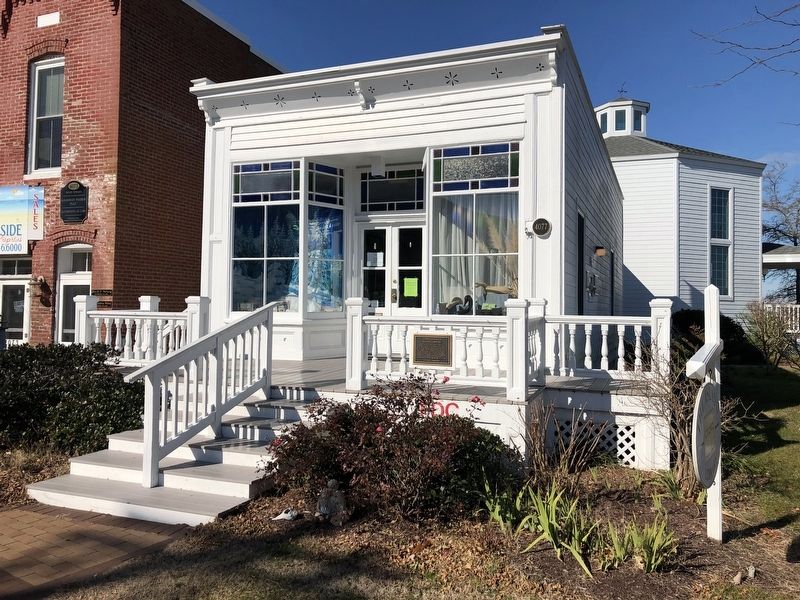