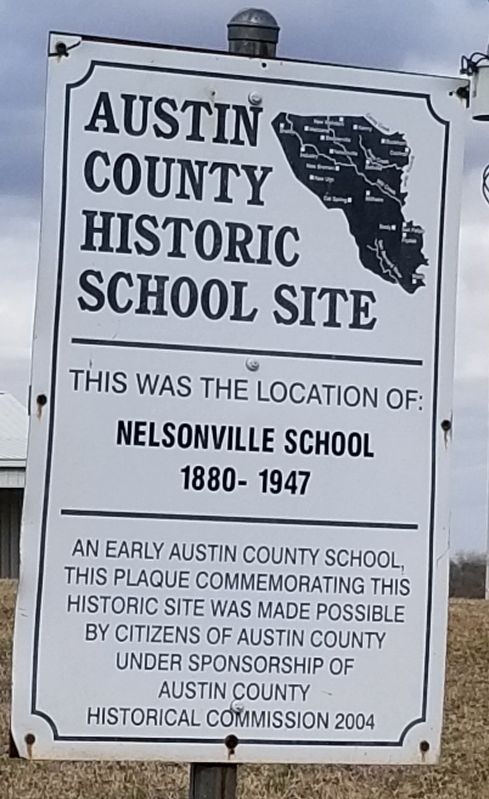 An early Austin County School, this plaque commemorating this historic site was made possible by citizens of Austin County under sponsorship of
Austin County Historical Commission 2004