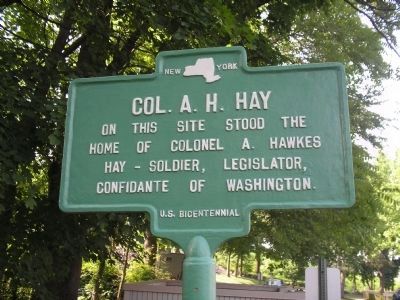 By Bill Coughlin, June 7, 2008
1. Col. A. H. Hay Marker
Colonel Ann Hawkes Hay led a Regiment during the Revolutionary War. His house suffered at the hands of the British. In a letter written from West Point on August 2, 1779, Gen. Washington expressed his distress to Hay about the "repeated depredations of the enemy on your property".
Inscription.
Col. A. H. Hay. . On this site stood the home of Colonel A. Hawkes Hay – Soldier, Legislator, Confidante of Washington
U.S. Bicentennial.
. This historical marker was erected in 1976 by State of New York. It is in West Haverstraw in Rockland County New York

On this site stood the home of Colonel A. Hawkes Hay – Soldier, Legislator, Confidante of Washington
U.S. Bicentennial

Topics. This historical marker is listed in these topic lists: Settlements & Settlers • War, US Revolutionary.

Location. 41° 12.866′ N, 73° 59.147′ W. Marker is in West Haverstraw, New York, in Rockland County. Marker can be reached from S Liberty Drive (U.S. 9W), on the right when traveling north. Marker is within a Senior Housing Community on Route 9W. Touch for map. Marker is in this post office area: West Haverstraw NY 10993, United States of America. Touch for directions. 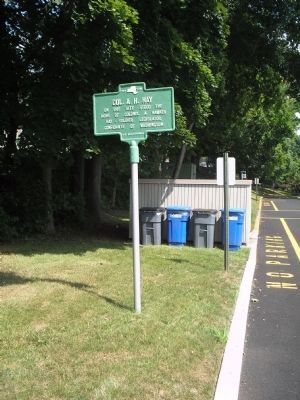 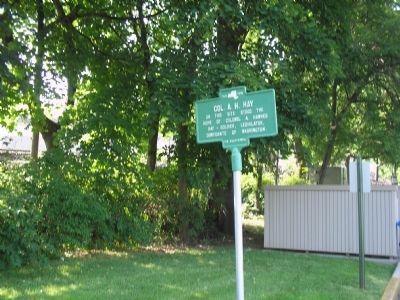