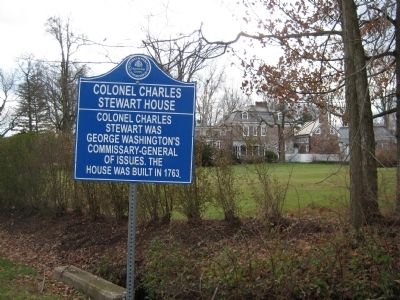 Colonel Charles Stewart was George Washington's Commissary-General of Issues. The house was built in 1763.

Topics and series. This historical marker is listed in this topic list: War, US Revolutionary. In addition, it is included in the Former U.S. Presidents: #01 George Washington, and the New Jersey, Hunterdon County Cultural and Heritage Commission series lists. A significant historical year for this entry is 1763.

Other nearby markers. At least 8 other markers are within one mile of this marker, measured as the crow flies. General Stewart Mansion (about 500 feet away, measured in a direct line); The Village of Hamden, New Jersey (approx. 0.3 miles away); Lehigh Valley Railroad Three Story Station House (approx. 0.4 miles away); Camp Buck (approx. 0.6 miles away); 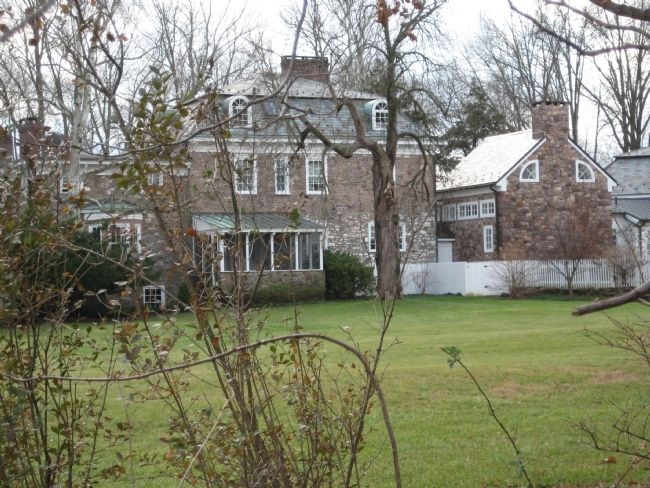