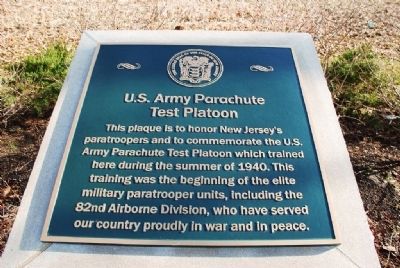 This plaque is to honor New Jersey's paratroopers and to commemorate the U.S. Army Parachute Test Platoon which trained here during the summer of 1940. This training was the beginning of the elite military paratrooper units, including the 82nd Airborne Division, who have served our country proudly in war and in peace.

Location. 40° 14.882′ N, 74° 34.1′ W. Marker is in Robbinsville Township, New Jersey, in Mercer County. Marker is at the intersection of New Jersey Route 33 and Voelbel Road on State Route 33. Located on the South side of NJ 33/US 130, just north of Voelbel Road in Robbinsville Township, just south of Hightstown. Touch for map. Marker is at or near this postal address: 99 N Main Street, Hightstown NJ 08520, United States of America. Touch for directions. 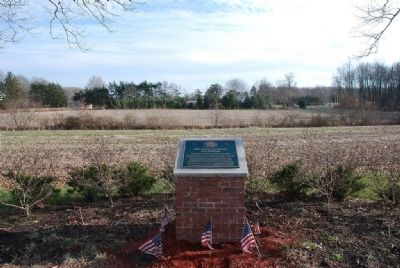 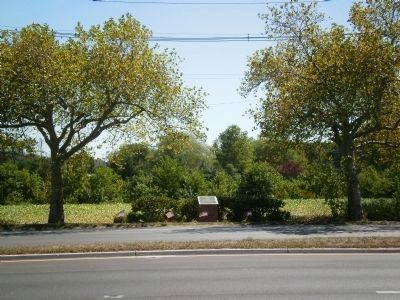 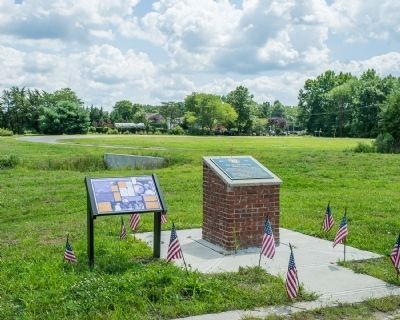 By R. C., August 19, 2014
4. U.S. Army Parachute Test Platoon Marker and Newer Companion Plaque
book entitled Paratrooper! by Gerard M. Devlin copyright 1974. On the inside cover are the signatures entitled "original parachute test platoon". (15 including Raymond G. Smith) On the facing page is also listed app. 65 other names including Major McDonald Valentine Jr., society of Vietnamese Rangers. Some of the men in this list is discussed in the book. Note To Editor only visible by Contributor and editor
— Submitted June 4, 2012, by Robert Norton of Gadsden, Alabama. 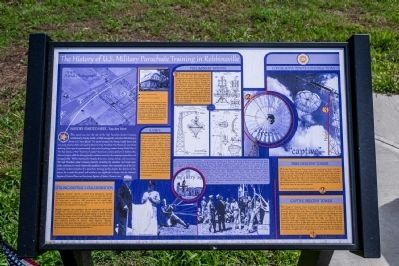