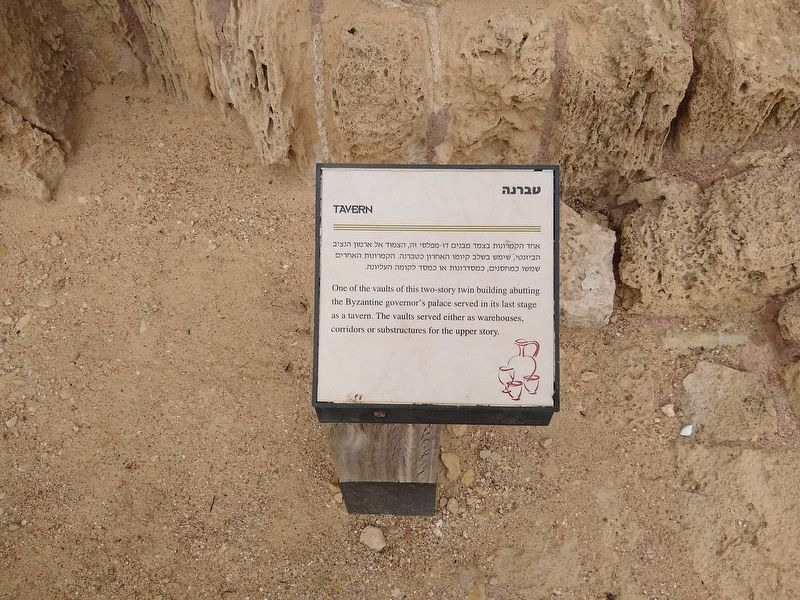 By Tom Bosse, December 3, 2019
1. Tavern Marker
Inscription.
One of the vaults of this two-story twin building abutting the Byzantine governor's palace served in its last stage as a tavern. The vaults served either as warehouses, corridors or substructures for the upper story. . . . This historical marker is Near Sdot Yam in Hadera Haifa District Israel