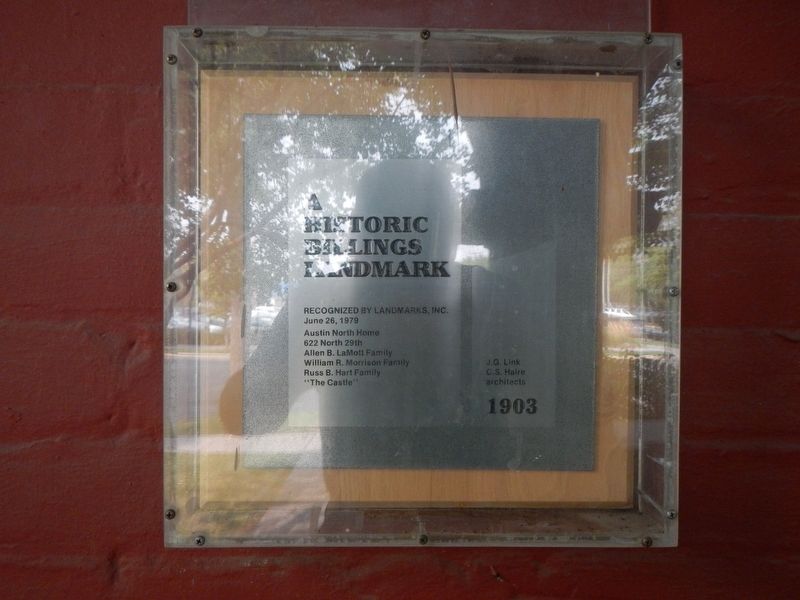 Topics and series. This historical marker is listed in these topic lists: Architecture • Notable Buildings. In addition, it is included in the Montana National Register Sign Program series list.

Other nearby markers. At least 8 other markers are within walking distance of this marker. The Dude Rancher Lodge (about 800 feet away, measured in a direct line); 901 North 32 Street (approx. ¼ mile away); Billings Chamber of Commerce Building (approx. 0.3 miles away); 1109 North 31 Street 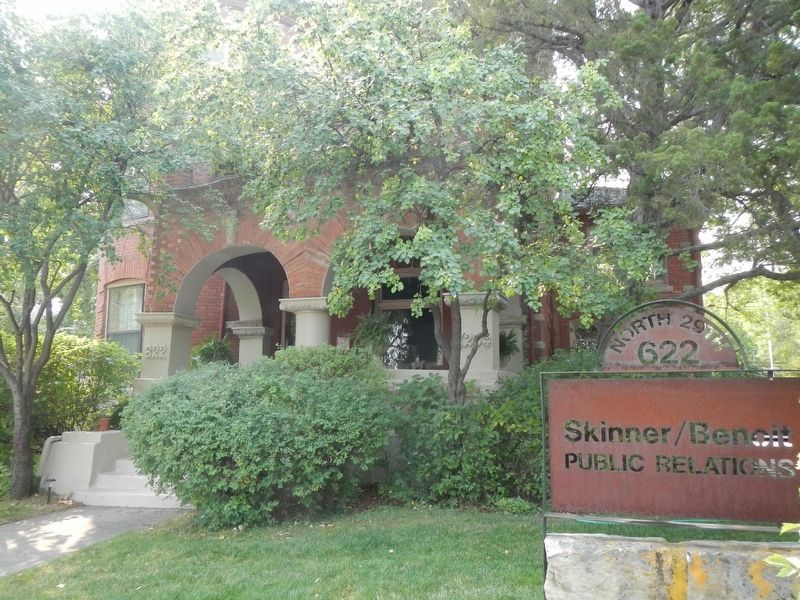 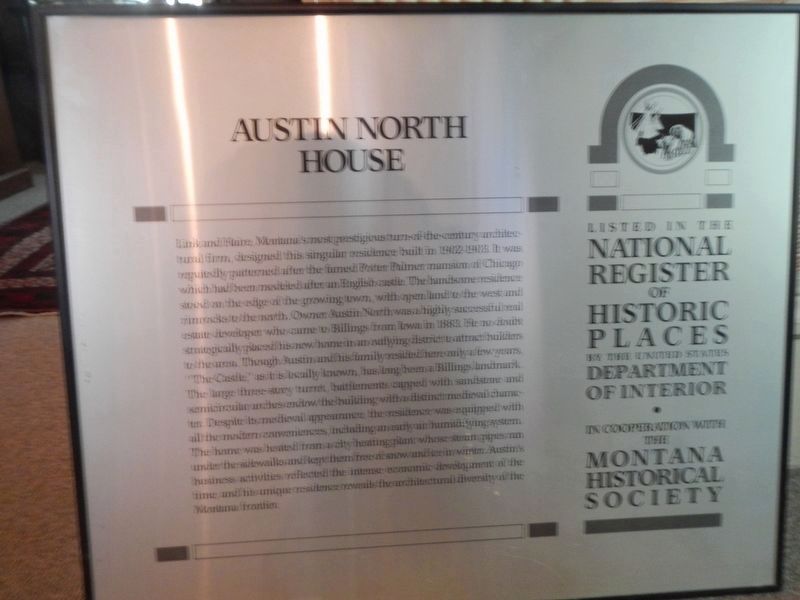 By Barry Swackhamer, September 15, 2020
3. Austin North House Marker (This Montana Historical Society marker is not yet mounted.)
Link and Haire, Montana’s most prestigious turn-of-the-twentieth-century architectural firm designed this singular residence built in 1902-1903. It was reputedly patterned after the famed Potter Palmer mansion of Chicago, which had been modeled after an English castle. The handsome residence stood on the edge of the growing town, with open land to the west and rimrocks to the north. Owner Austin North was a highly successful real estate developer who came to Billings from Iowa in 1883. He no doubt strategically placed his new home in an outlying district to attract builders to the area. Though Austin and his family resided here only a few years, “The Castle,” as it is locally known, has long been a Billings landmark. The large three-story turret, battlements capped with sandstone, and semicircular arches endow the building with a distinct medieval character. Despite its medieval appearance, the residence was equipped with all the modern conveniences, including an early air humidifying system. The home was heated from a city heating plant, whose steam pipes ran under the sidewalks and kept them free of snow and ice in winter. Austin’s business activities reflected the intense economic development of the time, and his unique residence reveals the architectural diversity of the Montana frontier. 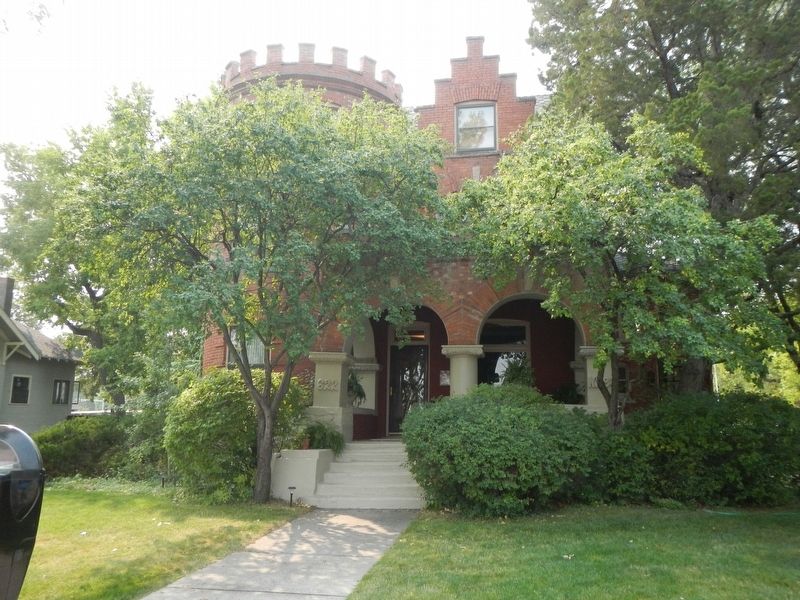 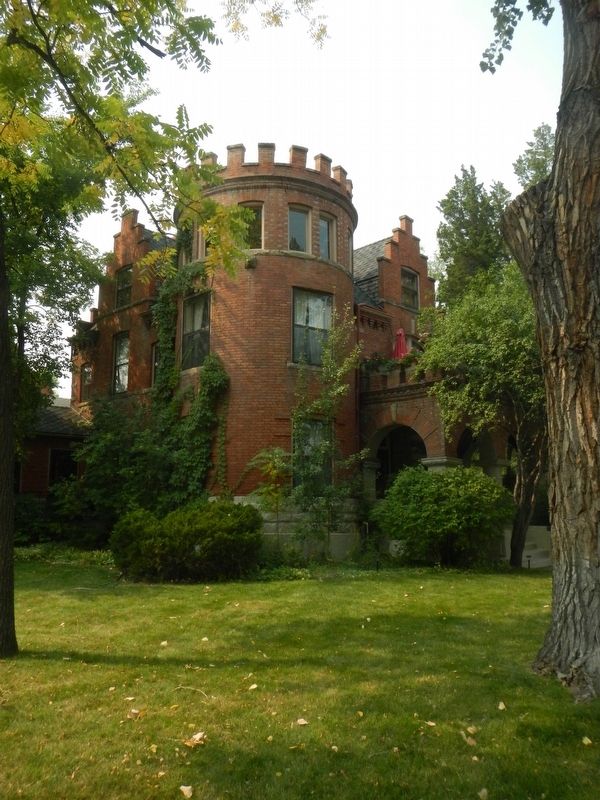 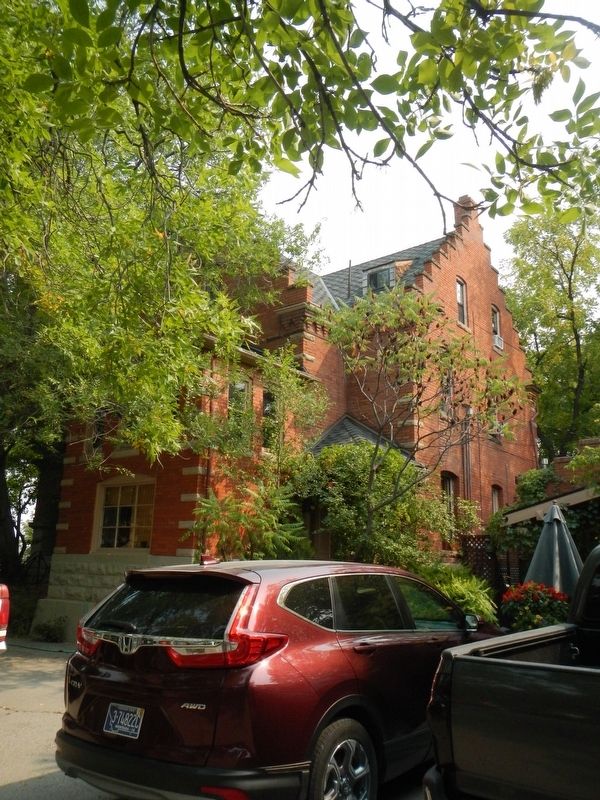