This memorial is to honor the loving memory of the service Men and Women of Lake County, Florida, both living and dead, whose services and supreme sacrifices in the cause of liberty gives us the full meaning of patriotism.

This memorial made possible through the generosity of Friends of Lake County.

Topics. This memorial is listed in this topic list: Patriots & Patriotism.

Location. 28° 51.273′ N, 81° 41.204′ W. Marker is in Eustis, Florida, in Lake County. Memorial can be reached from the intersection of Ferran Park Drive and East McDonald Avenue, on the right when traveling south. Marker is located within the Veterans Memorial Plaza at Ferran Park. Touch for map. Marker is at or near this postal address: 200 Ferran Park Drive, Eustis FL 32726, United States of America. Touch for directions. 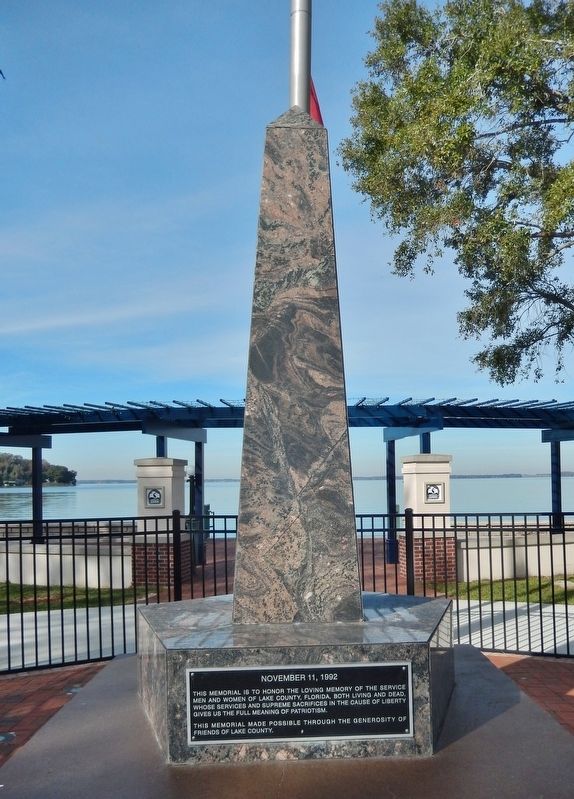 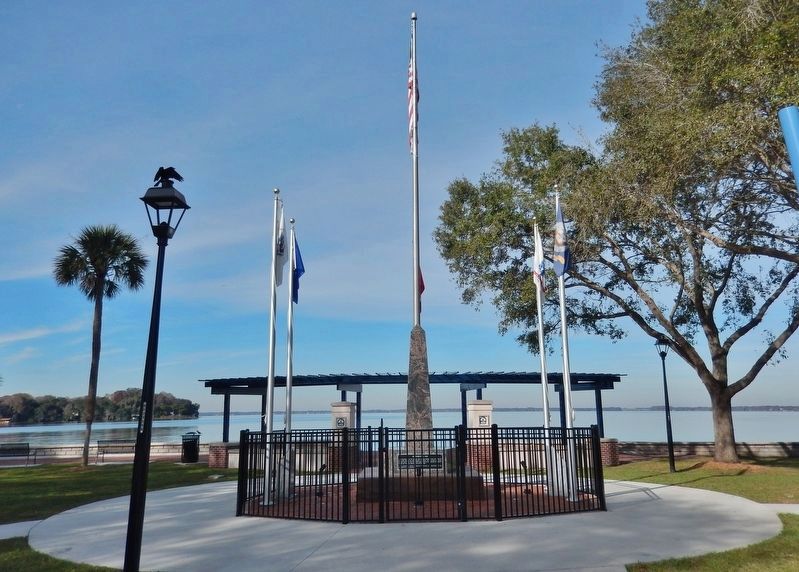