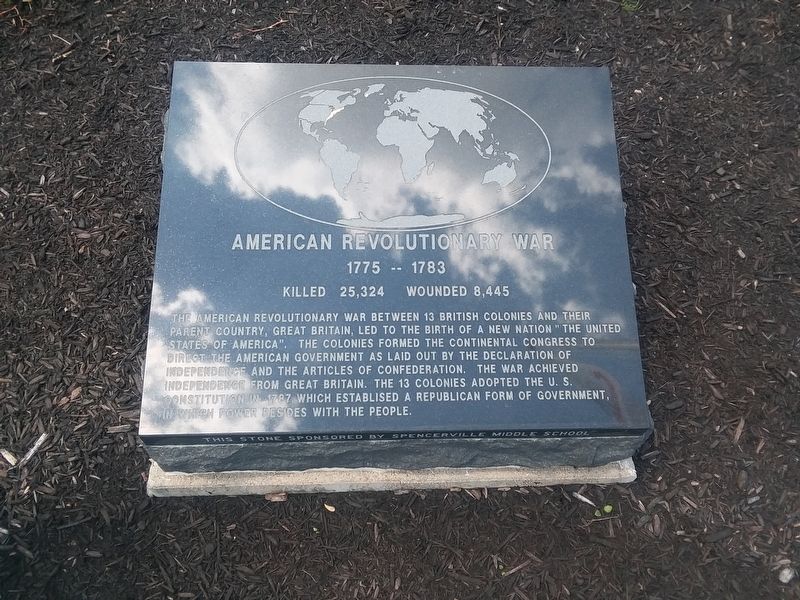 The American Revolutionary War between 13 British colonies and their parent country, Great Britain, led to the birth of a new nation ”The United States of America". The colonies formed the Continental Congress to direct the American Government as laid out by the Declaration of Independence and the Articles of Confederation. The war achieved independence from Great Britain. The 13 colonies adopted the U. S. Constitution in 1787, which established a republican form of government, in which power resides with the people.