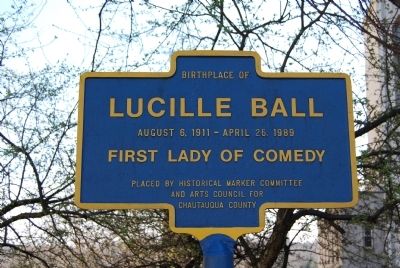 Topics. This historical marker is listed in this topic list: Entertainment. A significant historical date for this entry is April 26, 1989. 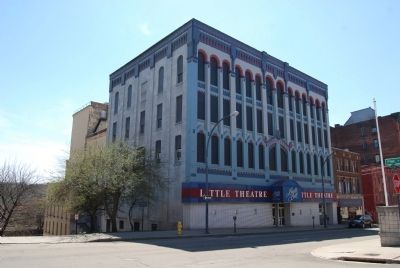 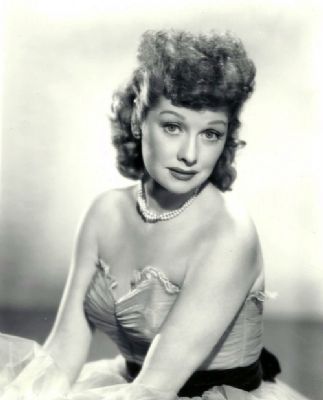 Photographed By J. Walter Thompson Agency, August 31, 1951
3. Publicity photo of Lucille Ball for Lux Radio Theatre
This was shortly before she would begin her most famous role as Lucy Ricardo on the television program I Love Lucy.
Author Lever Brothers, the maker of Lux soap and the radio program's sponsor. It was not unusual for networks or sponsors to use advertising or publicity agencies to distribute publicity materials. Lever used their contracted ad agency, J. Walter Thompson, to get this to the media.
Credits. This page was last revised on December 20, 2021. It was originally submitted on April 22, 2013, by Mike Wintermantel of Pittsburgh, Pennsylvania. This page has been viewed 683 times since then and 78 times this year. Last updated on February 11, 2021, by Carl Gordon Moore Jr. of North East, Maryland. Photos:   1, 2, 3. submitted on April 22, 2013, by Mike Wintermantel of Pittsburgh, Pennsylvania. • Bill Pfingsten was the editor who published this page.
Share this page.