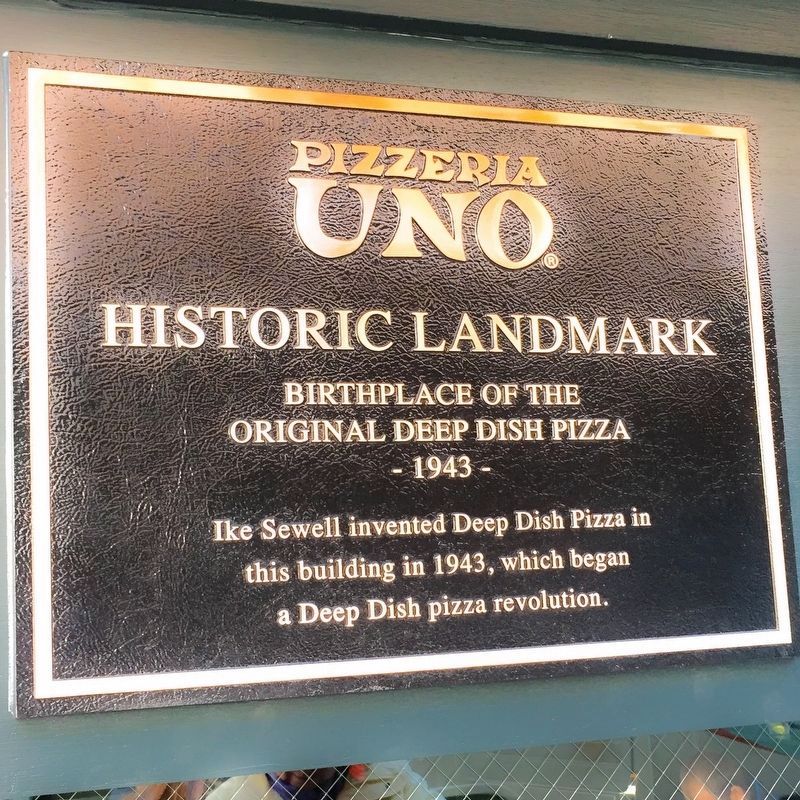 Topics. This historical marker is listed in these topic lists: Industry & Commerce • Landmarks. 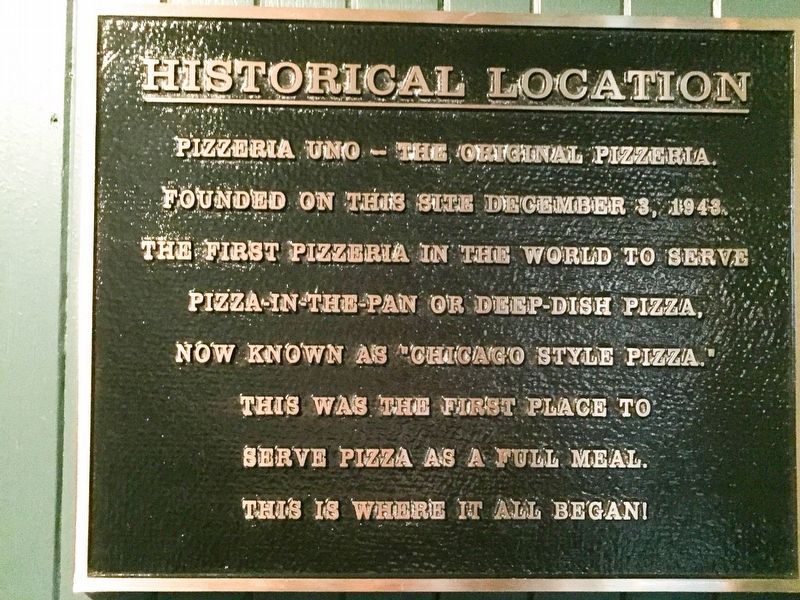 By J. J. Prats, April 23, 2015
2. Historical Location Plaque
This plaque is inside the restaurant. It reads “Pizzeria Uno — The Original Pizzeria. Founded on this site December 3, 1943. The first pizzeria in the world to serve pizza-in-the-pan or deep-dish pizza, now known as ‘Chicago style pizza.’ This was the first place to serve pizza as a full meal. This is where it all began!”
historian, there is not enough documentation to determine with certainty who invented Chicago-style deep-dish pizza. It is often reported that Chicago-style deep-dish pizza was invented at Pizzeria Uno in Chicago, in 1943, by Uno’s founder Ike Sewell. However, a 1956 article from the Chicago Daily News asserts that Uno's original pizza chef Rudy Malnati developed the recipe, and Michele Mohr from the Chicago Tribune reports that Saverio Rosati’s descendants say that the menu is still the same today (including deep-dish) as when Rosati’s Authentic Chicago Pizza opened in 1926. 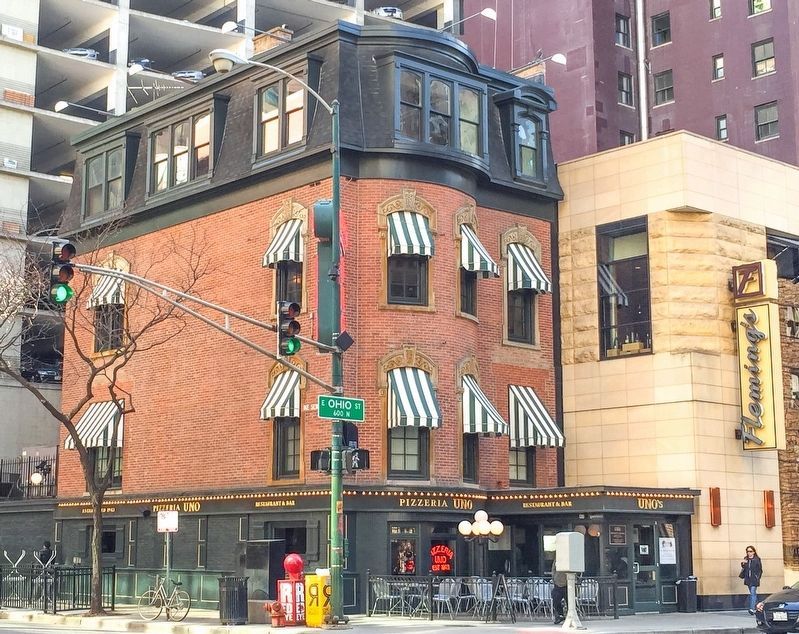