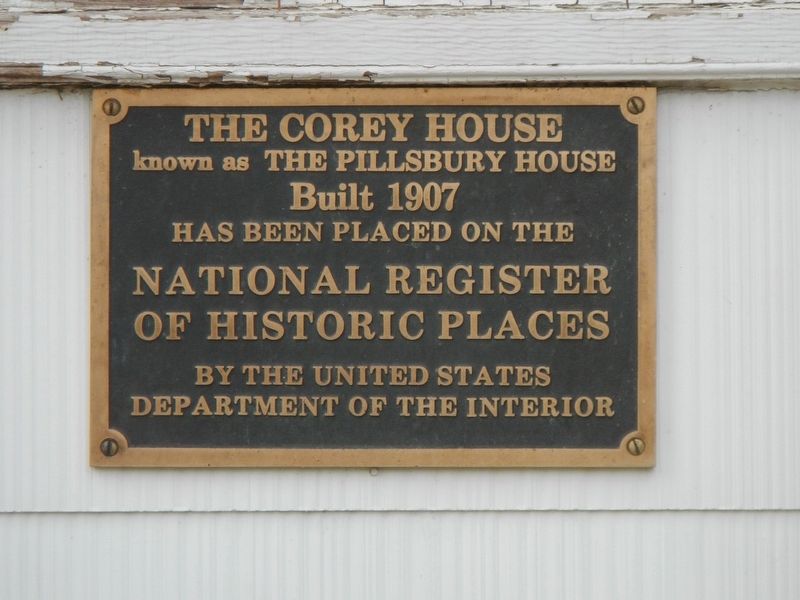 Photographed By Barry Swackhamer, September 17, 2020
1. The Corey House Marker
Inscription.
The Corey House. .
known as the Pillsbury House Built 1907 has been placed on the National Register Of Historic Places by the United States Department of the Interior . . This historical marker is in Bridger in Carbon County Montana

Topics. This historical marker is listed in these topic lists: Architecture • Industry & Commerce • Notable Buildings. A significant historical year for this entry is 1907. 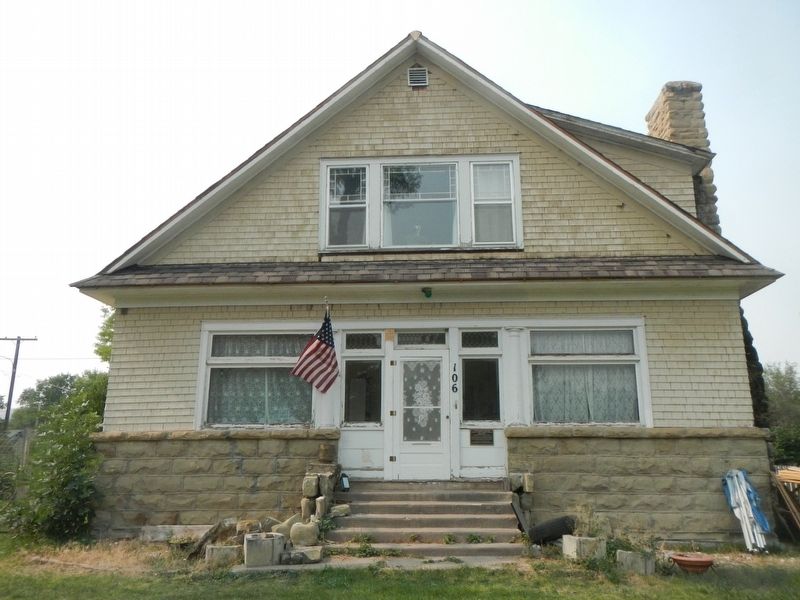 Photographed By Barry Swackhamer, September 17, 2020
2. The Corey House and Marker

More about this marker. Records show that the Montana Historical Society has created a marker for the Corey House, but it is not to be found on the building. The text of the markers is :

In 1906, speculative investor Leonard A. Corey and wife Mary set up housekeeping in a tent along the Clark’s Fork River, awaiting completion of their new home. Several years before, Corey, brother-in-law Samuel H. Glidden, and others had formed the Bridger Canyon Oil Company. Company stock rapidly increased until the firm was capitalized at $1,500,000. In July of 1907, Corey filed thirty oil placer locations, and within two weeks twenty-two tons of drilling equipment was enroute to Bridger. The Coreys moved into their fine new residence at the height of this financial prosperity. Completed in May of 1907, the home reveals the architectural transition from Queen Anne to Arts and Crafts styles. An irregular floor plan, two-story polygonal bay, and gabled roof reflect the older Queen Anne charm, while the broad porch, wood shingles, sandstone, and masonry work display fashionable Arts and Crafts characteristics. Beautiful beveled, leaded, and stained glass windows further reveal quality craftsmanship. Though Corey never struck oil and suffered financially, he remained undaunted. A mining venture took him to Alaska in 1913, and Corey was never heard from in Bridger again. Today, the stylistically sophisticated Corey House and the Glidden House next door recall the short-lived wealth of these early speculators. 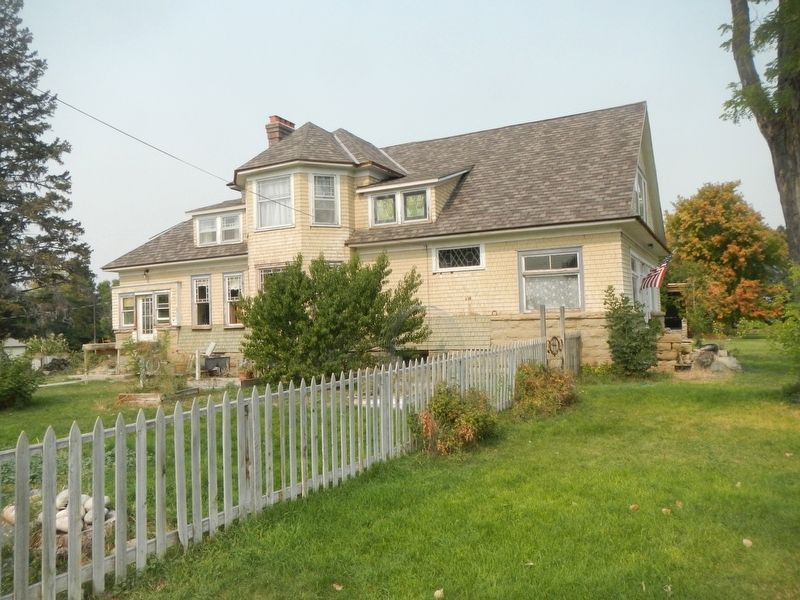