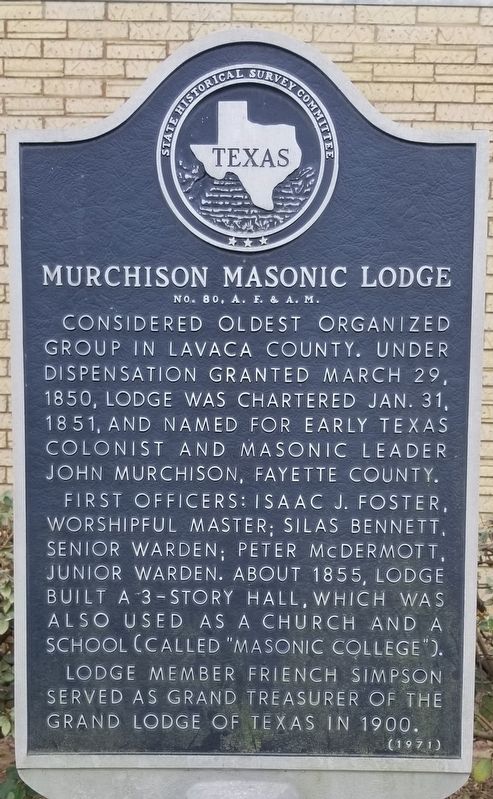 Location. 29° 27.188′ N, 96° 56.515′ W. Marker is in Hallettsville, Texas, in Lavaca County. Marker is at the intersection of Fink Street and Rothschmitt Lane, on the left when traveling west on Fink Street. The marker is located at the Hallettsville City Park in front of the Masonic Lodge. Touch for map

John Murchison, a Republic of Texas congressman, was born in 1807 or 1809. He lived for a while in Wetumpka, Alabama, where he joined the Masons. Shortly before the Texas Revolution he settled in San Augustine, Texas. He served in the Texas army from April 24 to July 24, 1836.  Source: The Handbook of Texas