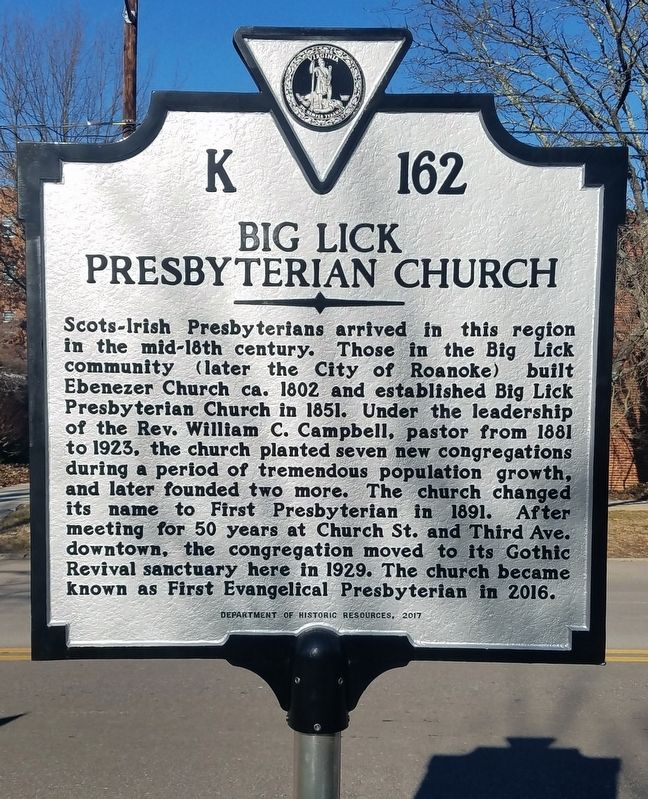 Scots-Irish Presbyterians arrived in this region in the mid-18th century. Those in the Big Lick community (later the City of Roanoke) built Ebenezer Church ca. 1802 and established Big Lick Presbyterian Church in 1851. Under the leadership of Rev. William C. Campbell, pastor from 1881 to 1923, the church planted seven new congregations during a period of tremendous population growth, and later founded two more. The church changed its name to First Presbyterian Church in 1891. After meeting for 50 years at Church St. and Third Ave. downtown, the congregation moved to its Gothic Revival sanctuary here in 1929. The church became known as First Evangelical  Presbyterian in 2016. 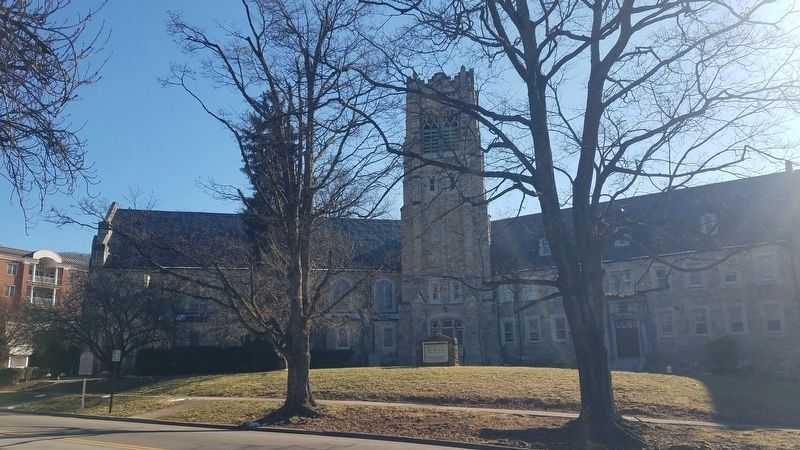 By Kevin W., February 20, 2021
2. Big Lick Presbyterian Church and Marker
when traveling west. Touch for map. Marker is at or near this postal address: 2101 Jefferson Street SW, Roanoke VA 24014, United States of America. Touch for directions.