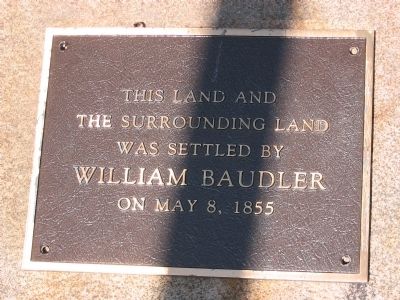 Photographed By Keith L, July 22, 2008
1. William Baudler Marker
Inscription.
William Baudler. .
This land and the surrounding land was settled by William Baudler on May 8, 1855 . . This historical marker is in Austin in Mower County Minnesota

This land and
the surrounding land
was settled by
William Baudler
on May 8, 1855

Topics. This historical marker is listed in this topic list: Settlements & Settlers. A significant historical month for this entry is May 1863.

Location. 43° 40.961′ N, 92° 58.734′ W. Marker is in Austin, Minnesota, in Mower County. Marker can be reached from 4th Street NW south of 17th Avenue NW. The plaque is attached to a stone next to the flagpole by the entrance in Oakwood Cemetery. Touch for map. Marker is at or near this postal address: 1800 4th Street NW, Austin MN 55912, United States of America. Touch for directions. 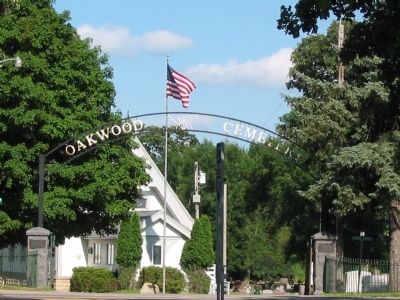 Click or scan to see
this page online
an Ohio man, bought a claim in what is today the unincorporated village of Lansing on Mower County Highway 2. Clark's claim was sold to William Baudler in 1855..." (Submitted on March 8, 2009.) 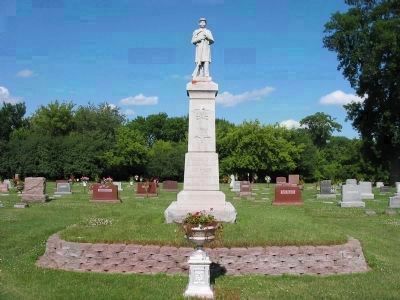