"Brothers All, They Gave All" 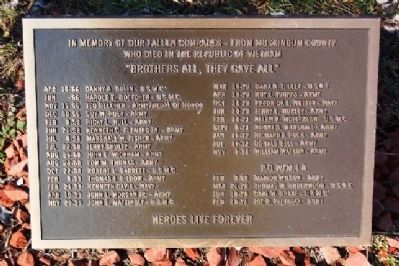 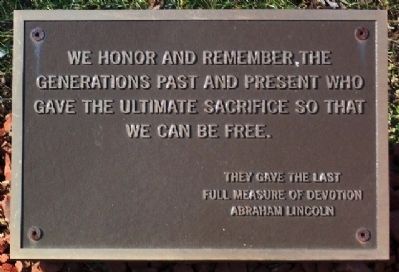 Photographed By William Fischer, Jr., February 8, 2009
2. Muskingum County Vietnam War Memorial Marker
We honor and remember the generations past and present who gave the ultimate sacrifice so that we can be free. They gave the last full measure of devotion Abraham Lincoln

More about this memorial. Memorial is in Zane's Landing Park along the Muskingum River, at the west end of Market Street. The memorial flagpole can be seen to northwest when traveling west on Market Street. Market Street parallels Main Street (U.S. 40) one block north. 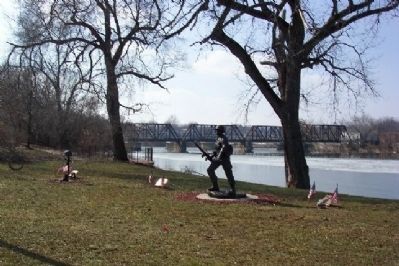 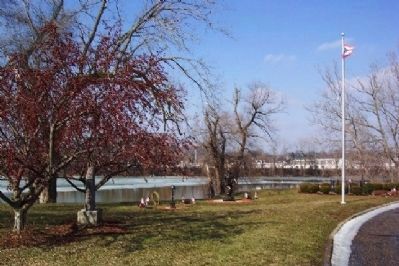