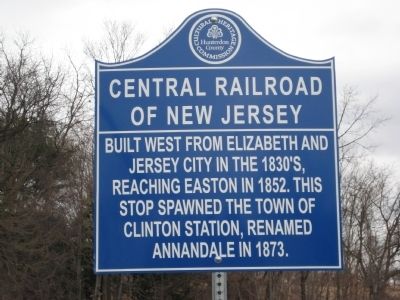 By Alan Edelson, March 10, 2009
1. Central Railroad Of New Jersey Marker
Inscription.
Central Railroad Of New Jersey. . Built west from Elizabeth and Jersey City in the 1830s, reaching Easton in 1852. This stop spawned the town of Clinton Station, renamed Annandale in 1873. . This historical marker was erected by Hunterdon County Cultural and Heritage Commission. It is in Annandale in Hunterdon County New Jersey

Built west from Elizabeth and Jersey City in the 1830s, reaching Easton in 1852. This stop spawned the town of Clinton Station, renamed Annandale in 1873.

Topics and series. This historical marker is listed in these topic lists: Railroads & Streetcars • Settlements & Settlers. In addition, it is included in the New Jersey, Hunterdon County Cultural and Heritage Commission series list. A significant historical year for this entry is 1852.

Location. 40° 38.696′ N, 74° 52.783′ W. Marker is in Annandale, New Jersey, in Hunterdon County. Marker is at the intersection of Main Street and East Street, on the left when traveling east on Main Street. Touch for map. Marker is in this post office area: Annandale NJ 08801, United States of America. Touch for directions.

Other nearby markers. At least 8 other markers are within 2 miles of this marker, measured as the crow flies. Annandale Reformed Church (approx. ¼ mile away); Annandale Historic District (approx. 0.3 miles away); Jones Tavern (approx. 0.7 miles away); Christopher Vought House (approx. one mile away); Mountainview Youth Correctional Facility 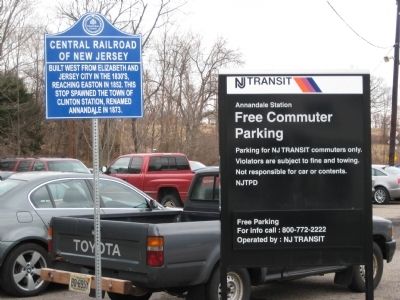 Additional commentary.
1. Central Railroad of New Jersey at Annandale
In 1925 there were 11 local passenger trains stopping at Annandale in each direction every day. Passing through but not stopping were CNJ’s Harrisburg Special, Harrisburg New Yorker, Queen of the Valley (between Elizabethport and Scranton PA), and Philadelphia Flyer trains.
— Submitted March 12, 2009, by J. J. Prats of Powell, Ohio. 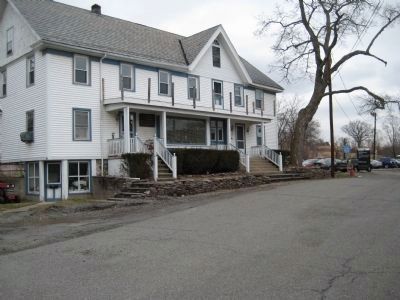