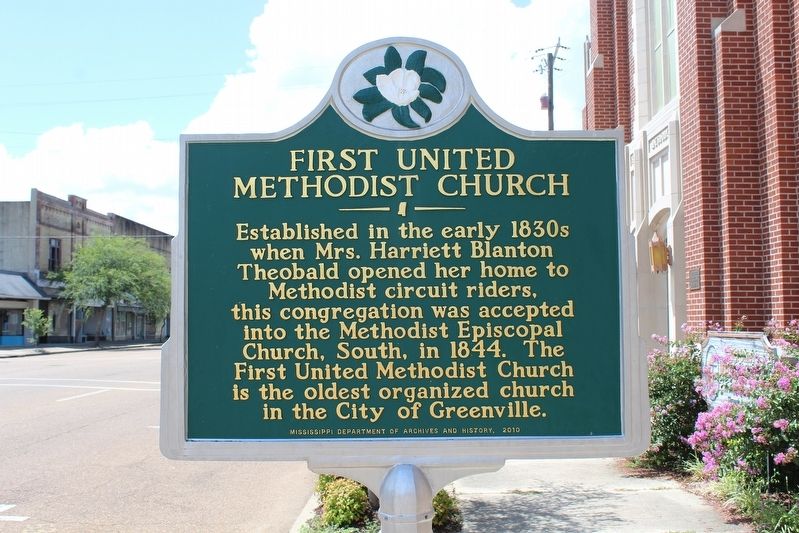 Established in the early 1830s when Mrs. Harriet Blanton Theobald opened her home to Methodist circuit riders, this congregation was accepted into the Methodist Episcopal Church, South, in 1844. The First United Methodist Church is the oldest organized church in the City of Greenville.

Topics and series. This historical marker is listed in this topic list: Churches & Religion. In addition, it is included in the Mississippi State Historical Marker Program series list. A significant historical year for this entry is 1844. 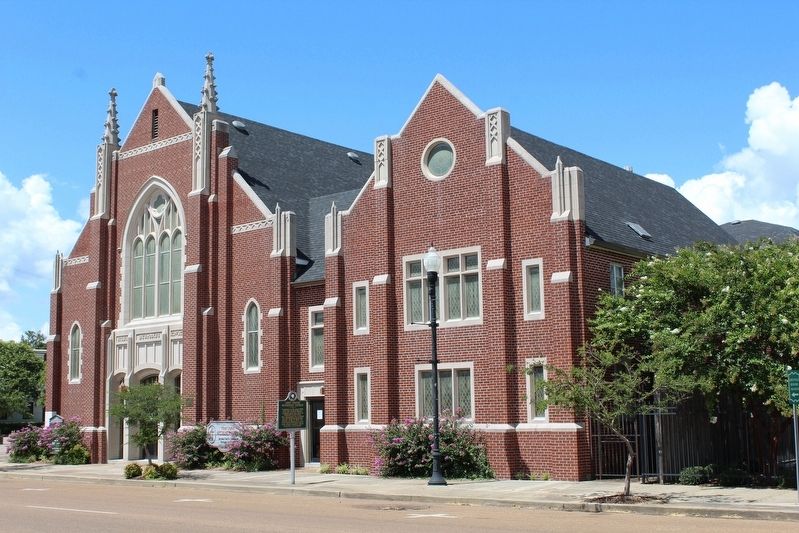 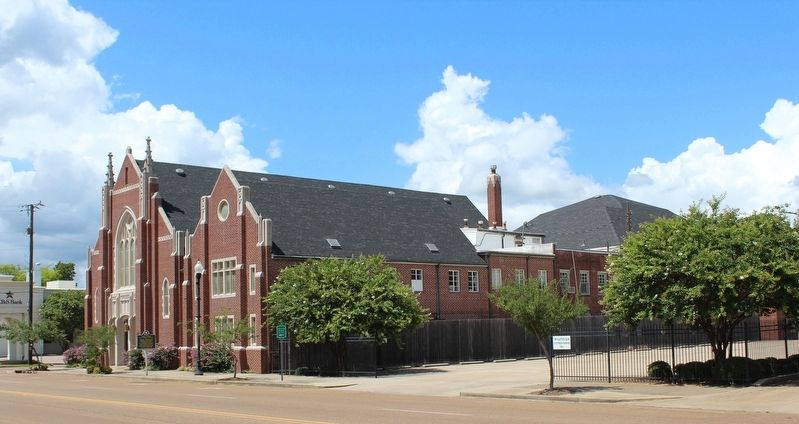