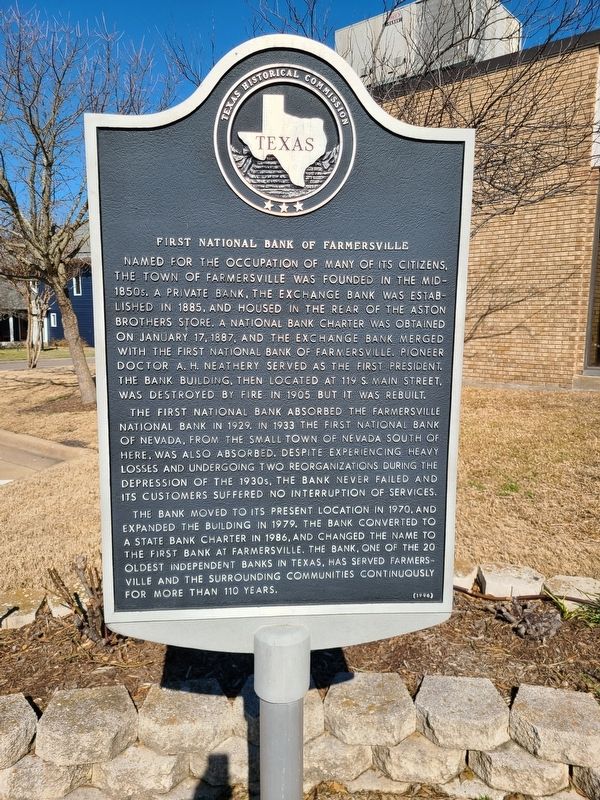 Named for the occupation of many of its citizens, the town of Farmersville was founded in the mid 1850s. A private bank, the Exchange Bank was established in 1885, and housed in the rear of the Aston Brothers store. A national bank charter was obtained on January 17, 1887, and the Exchange Bank merged with the First National Bank of Farmersville. Pioneer Doctor A.H. Neathery served as the first president. The bank building, then located at 119 South Main Street, was destroyed by fire in 1905 but it was rebuilt.

The bank moved to its present location in 1970, and expanded the building in 1979. The bank converted to a state bank charter in 1986, and changed the name to the First Bank at Farmersville. The bank, one of the 20 oldest independent banks in Texas, has served 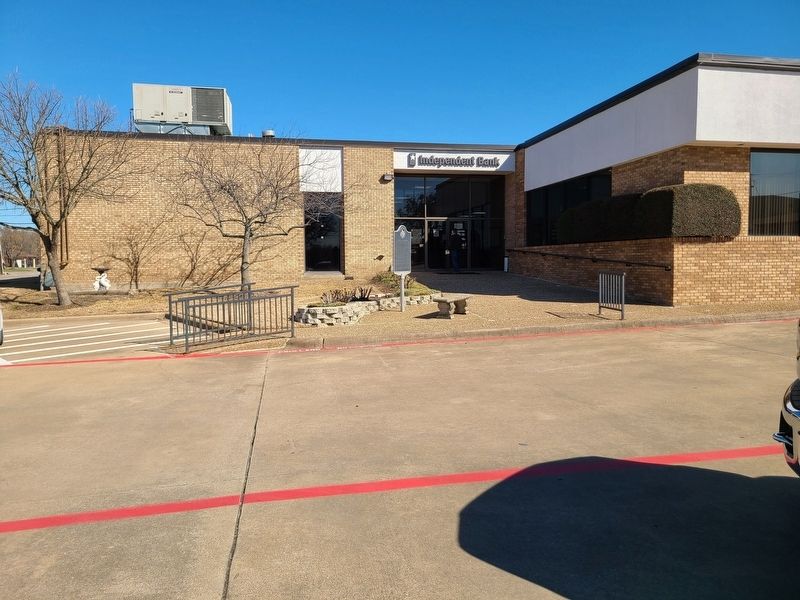 Click or scan to see
this page online
Farmersville and the surrounding communities continuously for more than 110 years.

Topics. This historical marker is listed in this topic list: Industry & Commerce. A significant historical date for this entry is January 17, 1887.