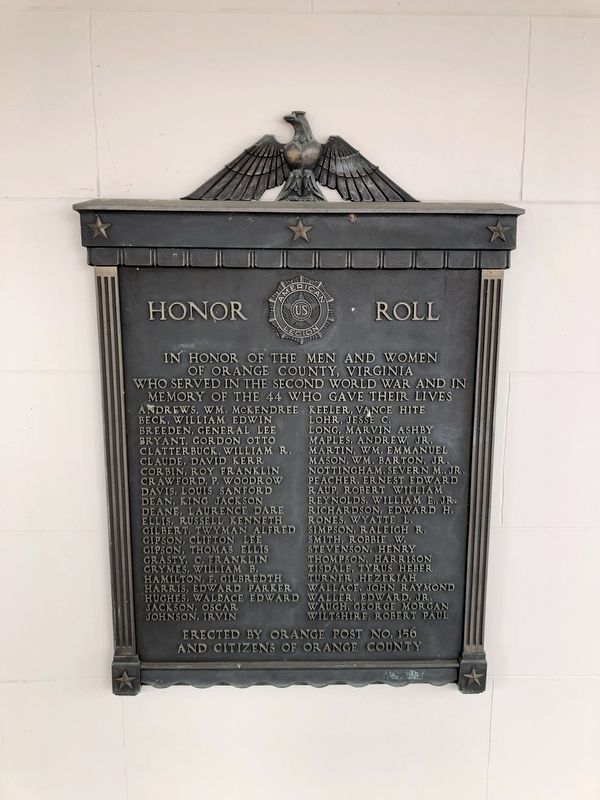 In honor of the men and women of Orange County, Virginia who served in the Second World War and in memory of the 44 who gave their lives

Erected by Orange Post 156, The American Legion; and Citizens of Orange County.