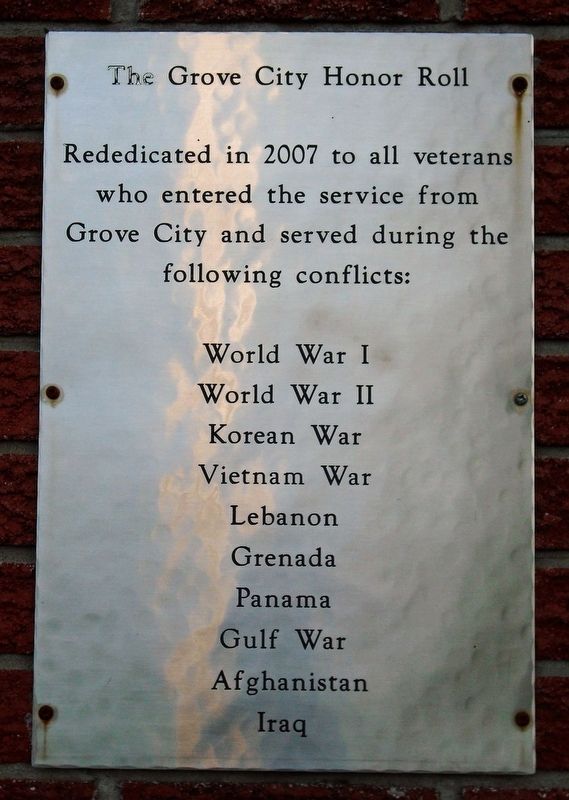 [Armed Services Emblems]. . This memorial was erected in 2007. It is in Grove City in Mercer County Pennsylvania

Rededicated in 2007 to all veterans
who entered the service from Grove City
and served during the following conflicts: 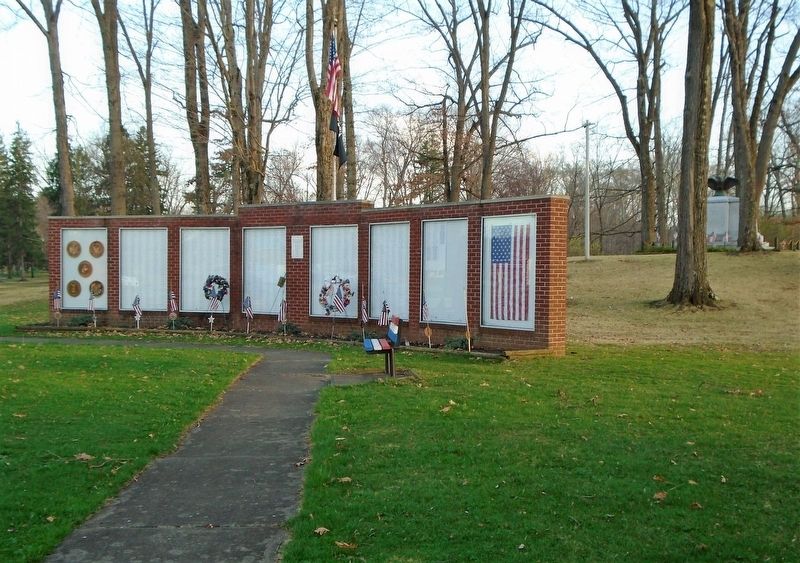 Editor’s want-list for this marker. A transcription of the names on the Honor Roll • Can you help?
Share This Page.