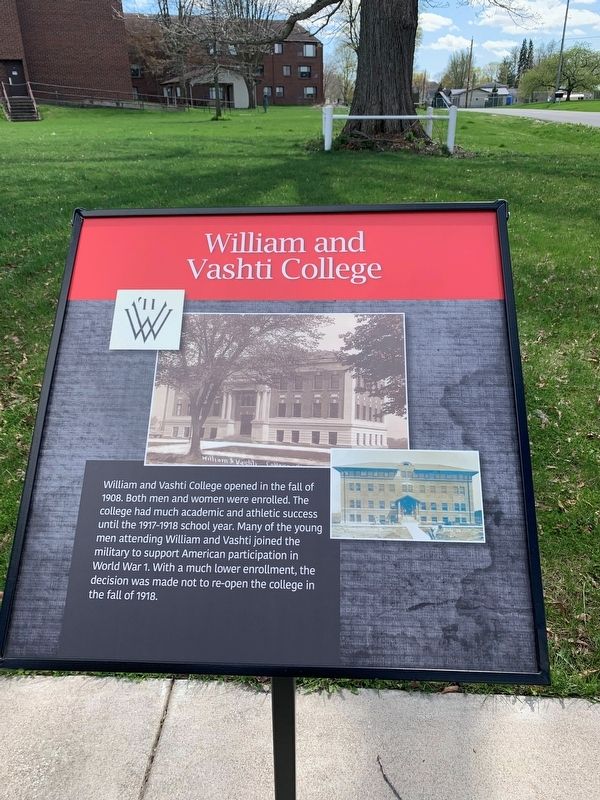 William and Vashti College opened in the fall of 1908. Both men and women were enrolled. The college had much academic and athletic success until the 1917-1918 school year. Many of the young men attending William and Vashti joined the military to support American participation in World War 1. With a much lower enrollment, the decision was made not to re-open the college in the fall of 1918.

Topics. This historical marker is listed in these topic lists: Education • Military • War, World I. A significant historical month for this entry is September 1908.

Editor’s want-list for this marker. A wide shot of th marker in context. • Can you help?
Share This Page.