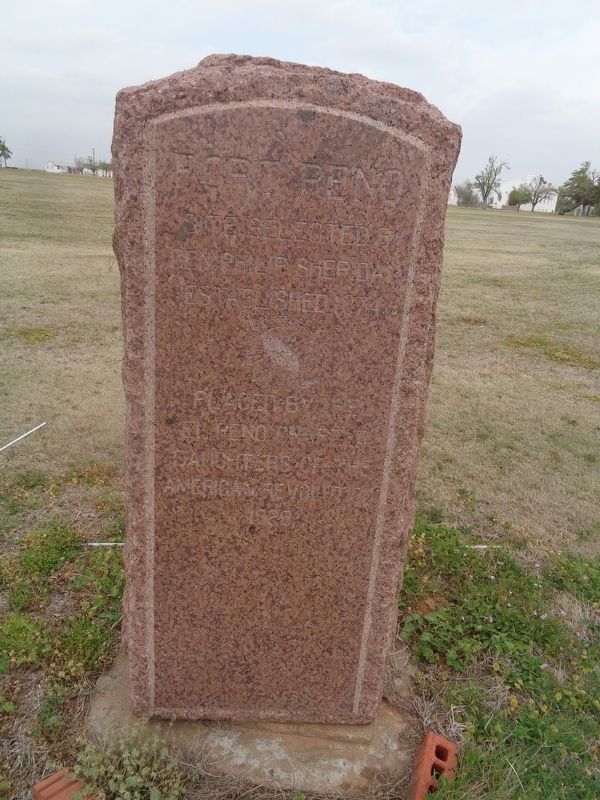 Erected 1926 by Daughters of the American Revolution (El Reno Chapter).

Topics and series. This historical marker is listed in this topic list: Forts and Castles. In addition, it is included in the Daughters of the American Revolution series list. A significant historical year for this entry is 1874. 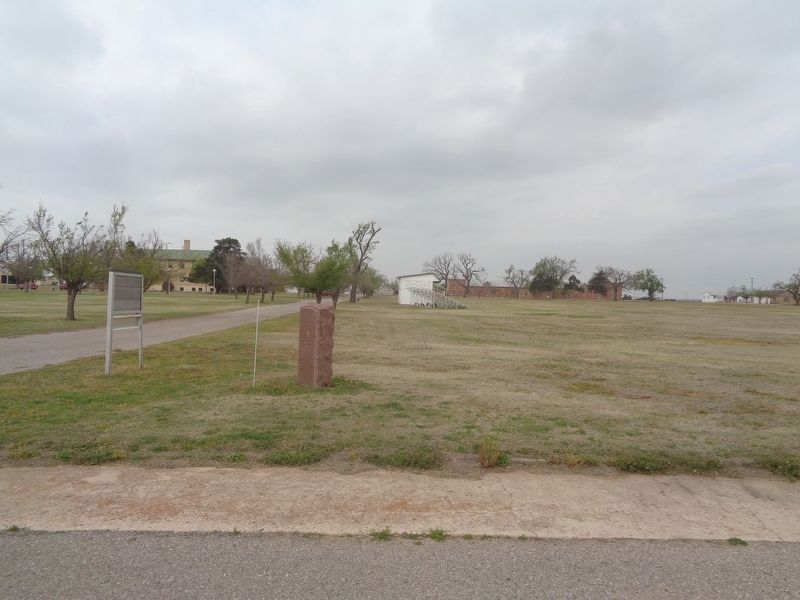 By Jason Voigt, April 9, 2021
2. Fort Reno Marker
Marker is at the intersection of unnamed streets at the Fort Reno site. Athletic field is in the background.

Click or scan to see
this page online
distance of this marker); Adjutant Office (about 500 feet away, measured in a direct line); Chapel (about 500 feet away); Hospital/USDA ARS Grazinglands Research Laboratory Administration Building (about 600 feet away). Touch for a list and map of all markers in El Reno.

Regarding Fort Reno. The Historic Fort Reno site entrance is located off the intersection of old Highway 66 and Business Route 40/OK-66, on Old Highway 66. The actual site with the structures and Visitors Center is 1.5 miles north of the entrance. Please keep in mind that the gates are open for a limited time every day, and they are closed at 4:30pm.