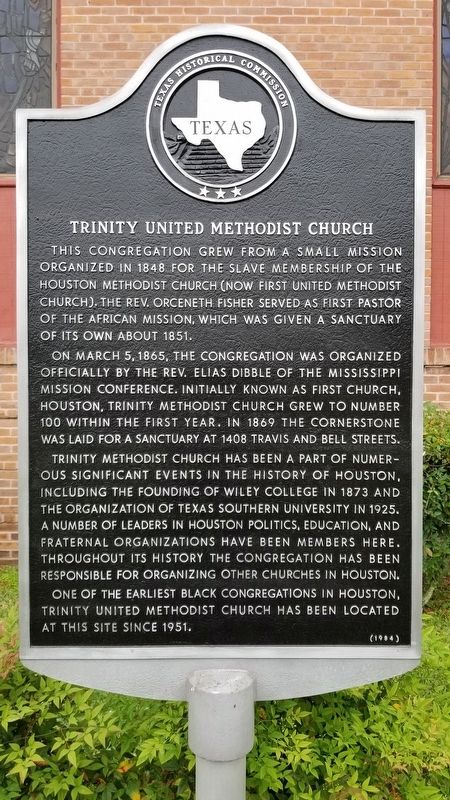 This congregation grew from a small mission organized in 1848 for the slave membership of the Houston Methodist Church (now first United Methodist Church). The Rev. Orceneth Fisher served as first pastor of the African mission, which was given a sanctuary of its own about 1851.

On March 5, 1865, the congregation was organized officially by the Rev. Elias Dibble of the Mississippi Mission Conference. Initially known as First Church, Houston, Trinity Methodist Church grew to number 100 within the first year. In 1869 the cornerstone was laid for a sanctuary at 1408 Travis and Bell Streets.

Trinity Methodist Church has been a part of numerous significant events in the history of Houston, including the founding of Wiley College in 1873 and the organization of Texas Southern University in 1925. A number of leaders in Houston politics, education, and fraternal organizations have been members here. Throughout its history the congregation has been responsible for organizing other churches in Houston.

One of the earliest black congregations in Houston, Trinity United Methodist Church has been located at this site since 1951. 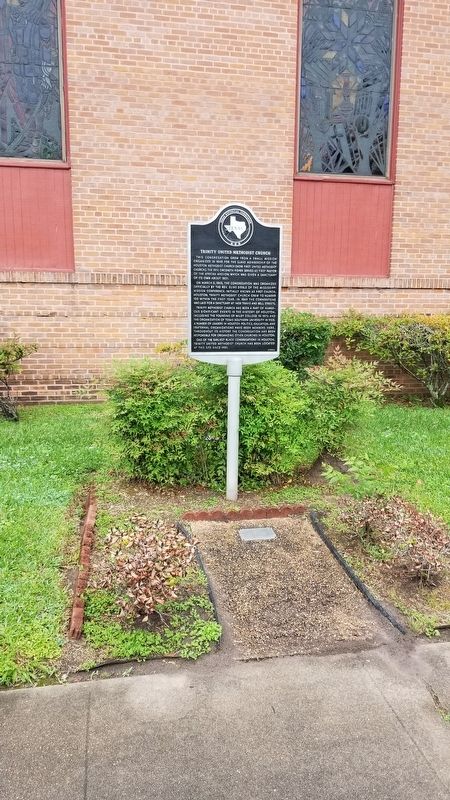 Topics. This historical marker is listed in these topic lists: African Americans • Churches & Religion. A significant historical date for this entry is March 5, 1865. 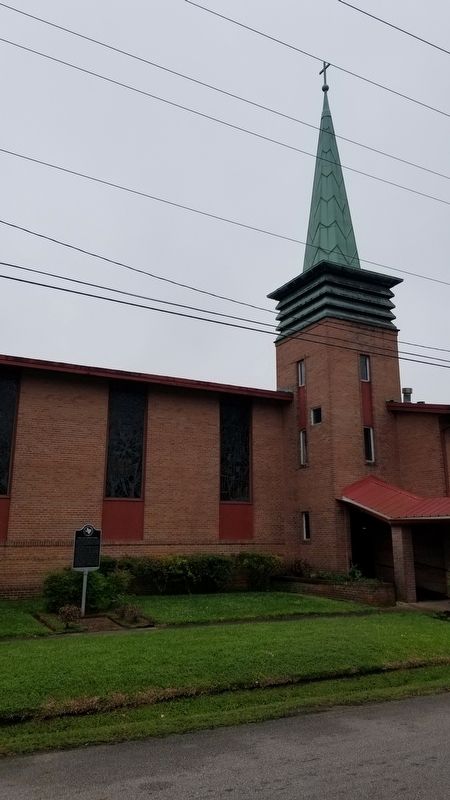