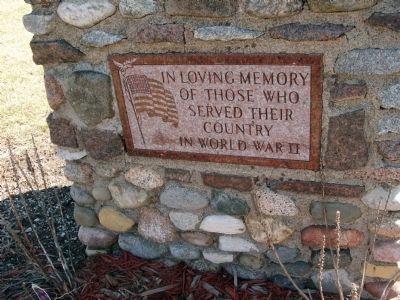 In loving memory of those who served their Country in World War II.

Topics. This historical marker and memorial is listed in these topic lists: Military • War, World II.

Location. 40° 18′ N, 87° 42.026′ W. Marker is in Henning, Illinois, in Vermilion County. Marker is on North Main Street north of U.S. 136, on the right when traveling north. Located at Park entrance. Touch for map. Marker is in this post office area: Henning IL 61848, United States of America. Touch for directions.

Regarding World War II War Memorial. The Village of Henning, Illinois had a population 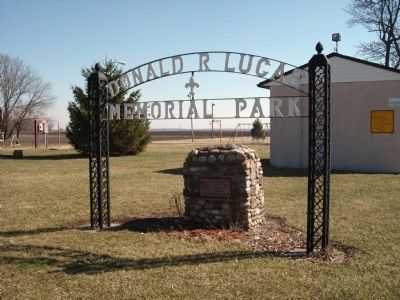 The World War II Memorial is built of local rock laid up with a notable stone engraved in its front center. 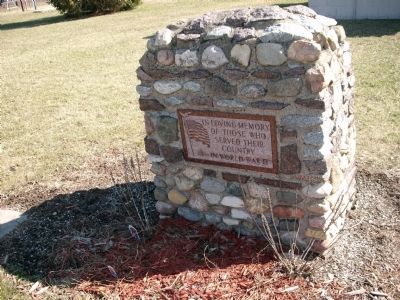 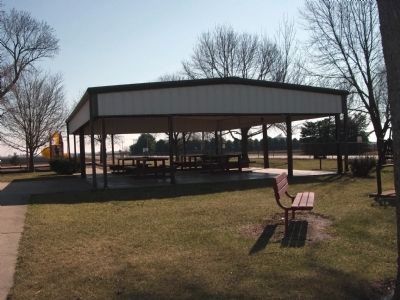