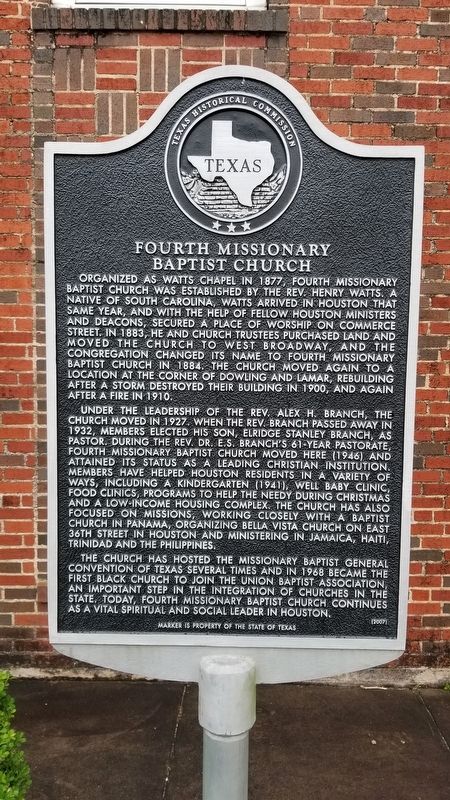 Organized as Watts Chapel in 1877, Fourth Missionary Baptist Church was established by the Rev. Henry Watts, a native of South Carolina. Watts arrived in Houston that same year, and with the help of fellow Houston ministers and deacons, secured a place of worship on Commerce Street. In 1883, he and church trustees purchased land and moved the church to West Broadway, and the congregation changed its name to Fourth Missionary Baptist Church in 1884. The church moved again to a location at the corner of Dowling and Lamar, rebuilding after a storm destroyed their building in 1900, and again after a fire in 1910.

Under the leadership of the Rev. Alex H. Branch, the church moved in 1927. When the Rev. Branch passed away in 1932, members elected his son, Elridge Stanley Branch, as pastor. During the Rev. Dr. E.S. Branch's pastorate, Fourth Missionary Baptist Church moved here (1946) and attained its status as a leading Christian institution. Members have helped Houston residents in a variety of ways, including a kindergarden (1941), well baby clinic, food clinics, programs to help the needy during Christmas and a low-income housing 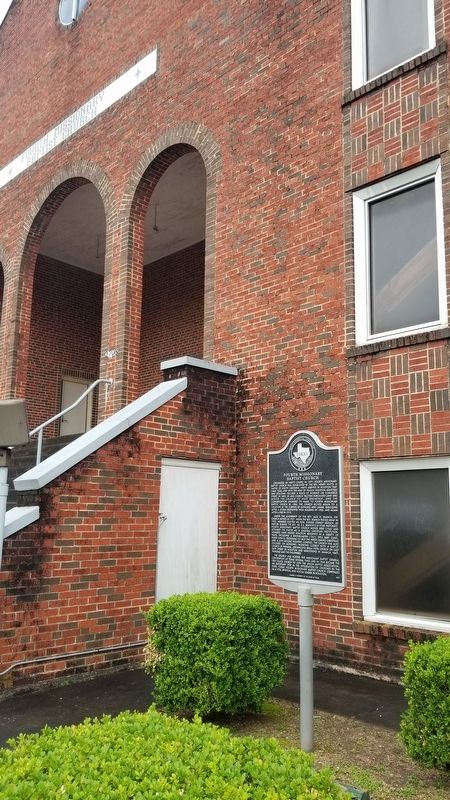 Click or scan to see
this page online
complex. The church has also focused on missions, working closely with a Baptist church in Panama, organizing Bella Vista Church on East 36th Street in Houston and ministering in Jamaica, Haiti, Trinidad and the Philippines.

The church has hosted the Missionary Baptist General Convention of Texas several times and in 1968 became the first black church to join the Union Baptist Association, an important step in the integration of churches in the state. Today, Fourth Missionary Baptist Church continues as a vital spiritual and social leader in Houston.

Topics. This historical marker is listed in this topic list: Churches & Religion. A significant historical year for this entry is 1877.

Other nearby markers. At least 8 other markers are within walking distance of this marker. Mt. Zion Missionary Baptist Church (about 300 feet away, measured in a direct line); Dr. Benjamin Jesse Covington and the Covington House (approx. 0.2 miles away); Blue Triangle Branch, Y.W.C.A. Building (approx. ¼ mile away); 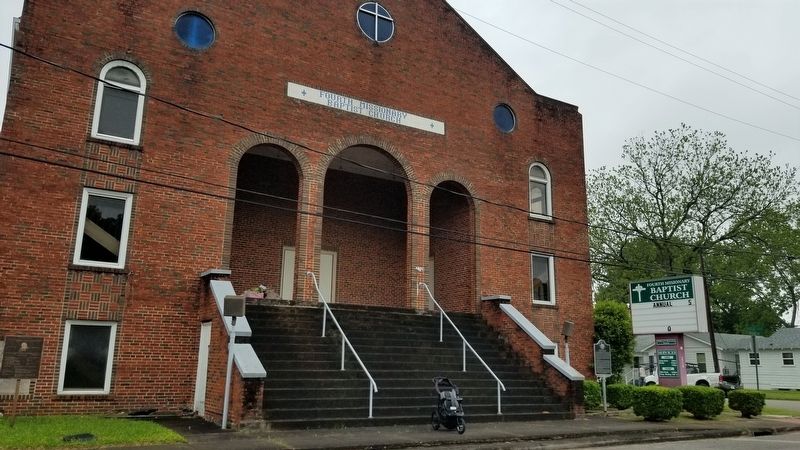