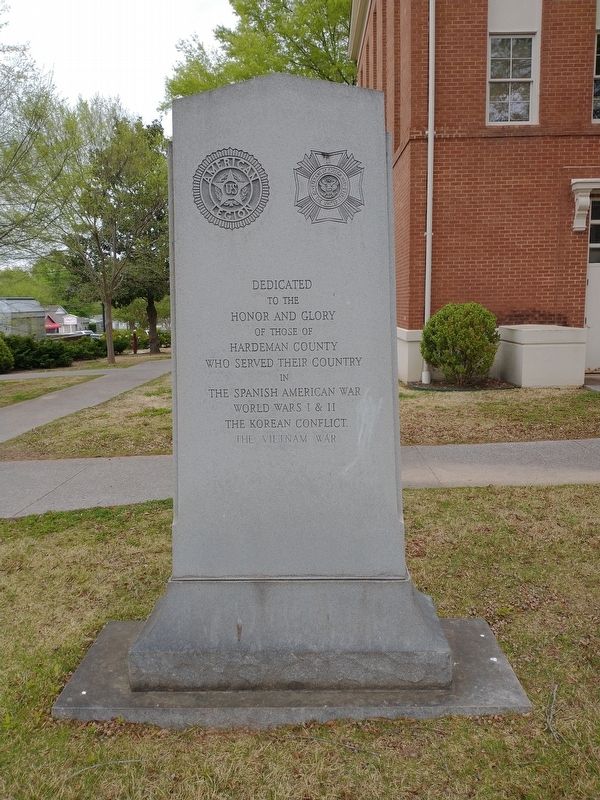 Dedicated to the honor and glory of those of Hardeman County who served their country in
The Spanish American War
World Wars I & II
The Korean Conflict.
The Vietnam War

Erected by American Legion and Veterans of Foreign Wars of the United States. 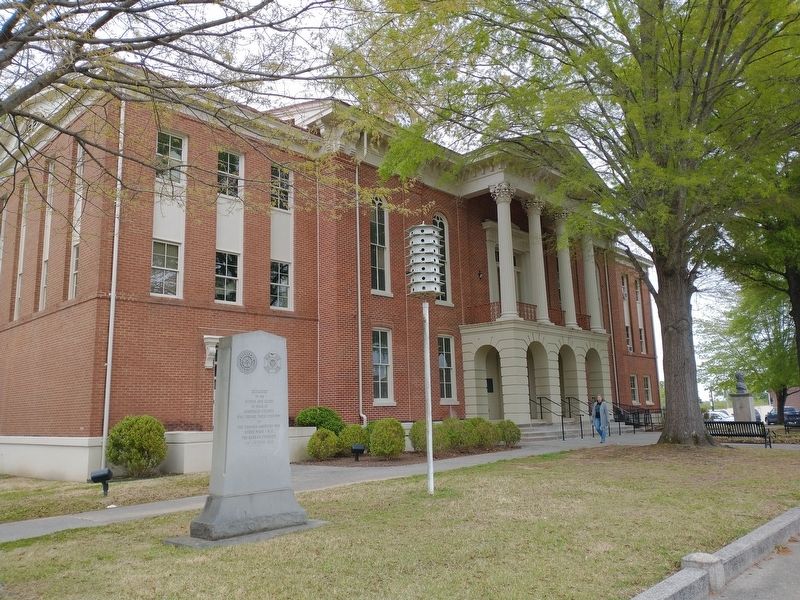